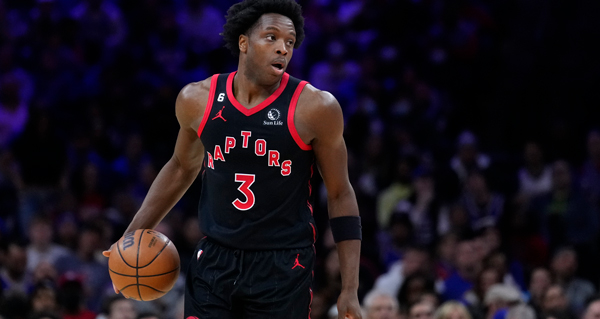 The Toronto Raptors have let rival front office know that it would take multiple unprotected first round picks for them to even consider trading OG Anunoby, sources tell Jake Fischer of Yahoo Sports.

Anunoby is earning under $20 million this season and next and can become a free agent in 2024. Because Anunoby's contract is so low, the Raptors almost certainly will be unable to extend him. Anunoby is also represented by Klutch Sports.

The Raptors would seek a trade package in the neighborhood of what the Atlanta Hawks sent to the San Antonio Spurs for Dejounte Murray. That trade included three first round picks and a draft swap.

“If the Raptors made him available for trade right now, every single team is going to call,” one general manager told Yahoo Sports.