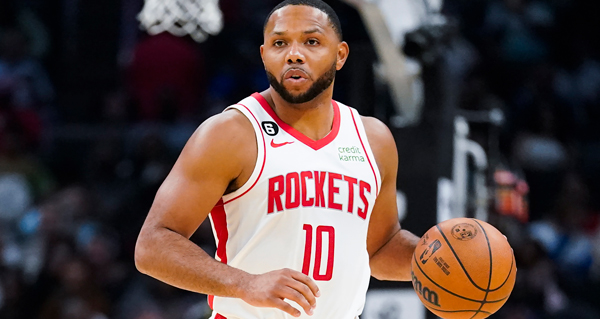 Eric Gordon has seemingly been on the trade market since the Houston Rockets traded away James Harden to kick off a rebuild. With Gordon's deal nearing its end, the expectation has been the Rockets would look to trade him by next month's trade deadline.

However, sources indicate that Houston isn't in any rush to trade Gordon. One reason is the Rockets rumored pursuit of a reunion with Harden in free agency this summer. Harden enjoys playing with Gordon, and the Rockets may see that as a potential recruitment advantage.

Gordon's $20.9 million contract for next season is fully non-guaranteed, unless the team he is on wins the 2023 NBA Finals. At $19.6 million for this season, Gordon is an easily attainable player via trade for teams looking to add wing scoring and shooting.