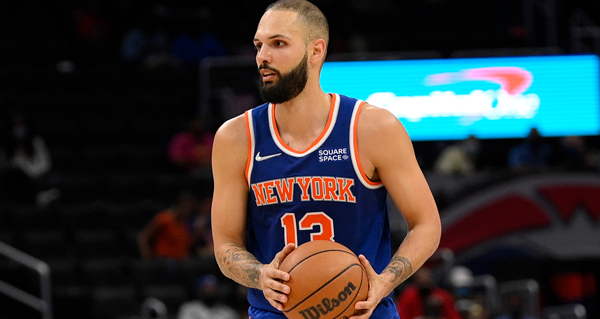 Evan Fournier's second season with the New York Knicks has been a frustrating one. He's appeared in only 20 games and was removed from the rotation in mid-November.

Fournier has only played when New York has been down other guards and wings. That's now where Fournier wants to be at this point in his career.

“Best-case scenario, I want to stay here. I want to play here,” he said. “I had a bunch of different choices in free agency, and I wanted to be a Knick. I love New York. I wanted to play for (Tom Thibodeau). So, I’d love to stay, but I’d love to play.”

Fournier is owed $18 million this season, $18.8 million next season, before the Knicks hold a $19 million team option for 2024-25. That makes trading the veteran wing a tricky proposition. And asking for a trade isn't something Fournier wants to do, but he knows he can still help a team on the court.

“I’m in the best shape of my career. I should be in my prime. I am in my prime,” he said. “You want to play, for sure. Especially as a competitor. It’s not like I forgot how to play. Last year I had a different role and somehow, I was able to break a 30-year-old franchise record. So, I am going to find a way to adapt to any situation.”