No Repeat For Mavericks Without Chandler 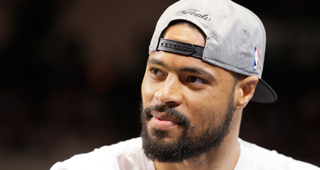 If the rumors out of Dallas are true, the defending champions are prepared to let Tyson Chandler walk in free agency in order to save cap space for the summer of 2012. If the Mavericks did so, they would be tearing apart an NBA-championship caliber core for a very uncertain chance at creating another one next summer.

In 31 seasons in Dallas, and 12 under Cuban, the franchise has never been in a better position than they are in right now. The Mavericks have an excellent chance to win a championship right now, and there’s no guarantee the franchise will ever have a better one in the next 31 years. As they say in baseball, flags (championship banners) fly forever.

The Mavericks would still be a good team without Chandler, but they would have no chance of winning a title in 2012. With Dallas way over the salary cap, their best option in free agency would be a player like Indiana’s Jeff Foster, a replacement-level center best suited for a back-up role.

Dallas would have to depend on Brendan Haywood, whom they signed to a six-year $55 million contract last offseason. A reasonably athletic 7’1 275 big man with a 7’6 wingspan, his effort level slipped at times last year, but that’s fairly understandable. Haywood will never get another big contract, and no matter how well he played, he was never going to get more than 20 minutes a night playing behind the far more talented Chandler.

He’ll be a good center for Dallas, but he isn’t the great one Chandler currently is. While he can’t consistently create his own shot, Chandler was the second-team All-Defensive center last season, behind only Dwight Howard. He’s also a threat on alley-oops and cuts to the rim, an excellent offensive rebounder and a surprisingly good free-throw shooter.

Chandler’s ability to crash the glass and knock down free throws at a 73% clip saved the Mavericks in their first-round series against the Trail Blazers last year. In Game 5, after Brandon Roy’s legendary Game 4 in Portland, Dallas forced the Blazers to go small, which left Gerald Wallace or Nic Batum to box out Chandler while LaMarcus Aldridge defended Dirk Nowitkzi on the perimeter. Chandler dominated, grabbing 13 offensive rebounds and going 8-12 from the line.

His presence, not any change in Dirk’s character, was the reason Dallas was able to win a championship after over a decade of coming up short. Without him, the Mavericks will slip into the pack in the West with teams like San Antonio, Portland and Memphis.

The upside of this sacrifice would be enough salary cap space to pursue Deron Williams, Chris Paul and Howard in 2012. But without Chandler, why would either Williams or Paul sign in Dallas? As their careers have shown, a great point guard on a team without great front-court defense isn’t doing anything in the playoffs.

No player appreciates Chandler’s value more than Paul, as they were the two key cogs on a 56-win New Orleans team in 2007-2008 that lost to San Antonio in a seven game second-round series. Paul has already told the teams pursuing him that he’d be more likely to re-sign if he could play with the 7’1 center.

Howard, meanwhile, probably won’t be available, as Orlando will almost certainly deal their franchise center rather than letting him walk for nothing in 2012. If he ends up in Los Angeles or Brooklyn, all of Dallas’ cap room will be for nothing.

Of course, re-signing Chandler would not be without risks, as he appeared in only 72 of a possible 162 games in the 2008-2009 and 2009-2010 seasons. Oklahoma City rescinded a 2009 deadline-deal trade for him because they were concerned about the long-term viability of his left toe.

The Mavericks spent over a quarter billion dollars in the last decade looking for an effective two-way center to pair with Dirk, and that’s before counting the luxury tax penalties on those hefty contracts. More than anything else, that’s why letting Chandler walk would be so puzzling: championship teams normally don’t attempt to rebuild, especially when their best player is 32-years-old.

The lure of 2012 is great, but Cuban and the Mavericks should remember that a bird in hand is worth two in the bush.