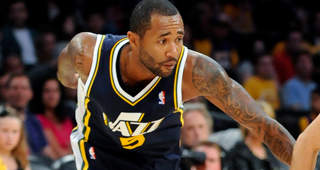 With uncertainty in the backcourt, the Chicago Bulls are showing significant interest in Mo Williams and Will Bynum and have started exploratory discussions with the representatives of the free agent guards, league sources told RealGM.

Williams averaged 12.9 points in 46 games a season ago with the Utah Jazz, and he has a stated desire to receive heavy, contributing minutes. The Jazz acquired Trey Burke at No. 9 in the NBA draft and could start him early in his NBA career. At 30, Williams has established himself as a combo guard, and Tom Thibodeau would undoubtedly place the 10-year veteran in shooting and playmaking situations.

Bynum has been a pace-changing guard, averaging nearly 10 points on 46.9 percent shooting in 2012-13. He has played five of his six seasons with the Detroit Pistons. Given Chicago’s salary structure, Williams and Bynum both could be inclined to make less money in a potential deal with the Bulls.

The Bulls appear unlikely to retain Nate Robinson or Marco Belinelli, and they are expected to waive Rip Hamilton before his entire contract becomes guaranteed. Still, they’ll have Derrick Rose back next season, leading to reserve minutes for Kirk Hinrich.