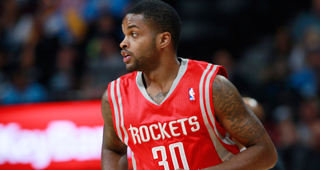 Daniels’ deal with the Rockets is fully guaranteed on a minimum salary.

RealGM first reported on July 12 that the Rockets and Daniels had been in strong discussions on a new deal.

A revelation out of the NBA’s Development League, Daniels rose from an undrafted player to a contributing reserve in the Rockets’ first round series a season ago. He averaged nearly eight points per game in four postseason games – highlighted by a game-winning three-pointer in Game 3 against the Portland Trail Blazers.

Several teams expressed interest in Daniels in restricted free agency, but the 22-year-old grew comfortable in his niche with the Rockets and there was mutual interest for his return.