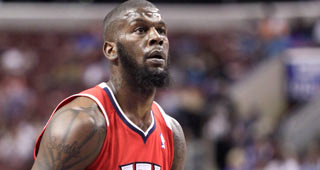 Johnson had discussed deals overseas since becoming a final roster cut out of training camp with the Dallas Mavericks in October, but he had always leaned toward joining the D-League in hopes of an NBA call up.

Johnson, a 6-foot-8 forward, averaged 5.3 points and 2.5 rebounds in four preseason games for the Mavericks.

In two seasons with the Atlanta Hawks, Johnson was a contributing reserve on playoff teams while averaging 6.5 points and 3.9 rebounds in 125 total games from 2011-13. He played in the Chinese Basketball Association with Zhejiang a season ago.