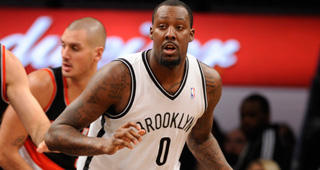 Blatche has been pursued by several teams in China, and has had progressing discussions to sign a deal there instead of a potential NBA return, sources told RealGM.

After deciding not to commit to an NBA team last offseason, Blatche joined Xinjiang in China and had a dominant season, averaging 31.1 points, 14.6 rebounds, 5.1 assists and 56 percent shooting from the field. The 6-foot-11 forward has fielded NBA calls since his return from the Chinese season.

Blatche, 28, has played nine NBA seasons — seven with the Washington Wizards and two with the Brooklyn Nets. He scored 11.3 points per game for the Nets last season.