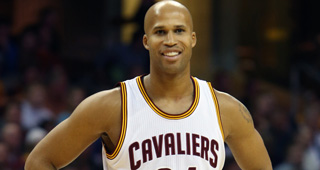 The Denver Nuggets have expressed interest in signing Richard Jefferson.

Jefferson has also received interest from the Milwaukee Bucks, who have been the most aggressive team.

Jefferson will become a free agent Monday afternoon as he was released by the Atlanta Hawks over the weekend.