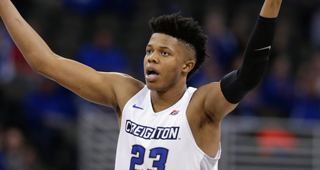 The Detroit Pistons have signed center Justin Patton to a contract.

Patton, 6-11, 241 was drafted 16th overall in the 2017 NBA Draft by the Chicago Bulls and was part of a draft-night trade which sent him and Jimmy Butler to the Minnesota Timberwolves. In nine career NBA games, Patton has averaged 1.8 points and 1.2 rebounds with Minnesota, Philadelphia and Oklahoma City.

Patton, 23, played one season at Creighton University where he averaged 12.9 points (68% FG), 6.2 rebounds and 1.4 blocks in 35 games. He was named Big East Freshman of the Year and was a unanimous selection to the Big East All-Freshman team. Patton also earned All-Big East Second Team honors.