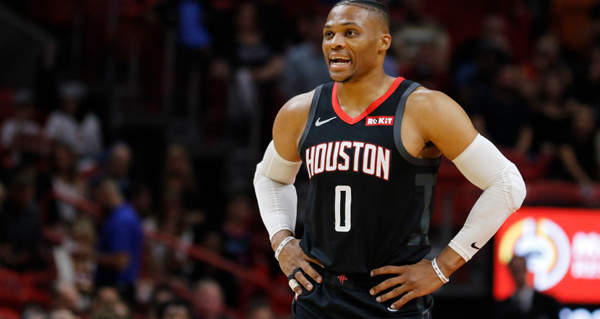 Russell Westbrook is seeking a trade from the Houston Rockets, sources tell Shams Charania of The Athletic. Westbrook has communicated this position to officials from the Rockets.

The Rockets traded for Westbrook last offseason in a deal in which they sent Chris Paul and multiple future first round picks.

Westbrook has three seasons and $132 million remaining on his deal.

James Harden remains committed to the Rockets and is "locked in" for the 20-21 season.

Westbrook has been uneasy about the team's accountability and culture and wants to join a team where he can have a role similar to the one he had with the Oklahoma City Thunder. If Westbrook stays with the Rockets, he would like to see more team-wide accountability. Westbrook was the consistent presence who kept Harden accountable and the two had several "tense, but needed" verbal exchanges.