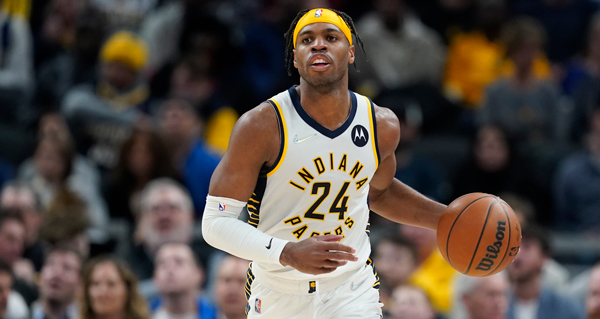 The Los Angeles Lakers and Indiana Pacers have engaged in "on and off again" trade talks. Those talks have centered around guard Buddy Hield and big man Myles Turner. That continues to be part of the search for shooting and size for Los Angeles.

The Lakers have long-coveted Hield, including almost dealing for him prior to last season. Hield is a former Rob Pelinka client, and the Lakers GM has pursued him since taking over the LA front office.

Turner was a target of the Lakers earlier in the offseason, when the team was looking for frontcourt depth around Anthony Davis. Turner is entering the final season of his deal with Indiana. The Pacers are known to be open to dealing the stretch big, as they rebuild their roster around younger players.

The holdups towards a deal seem to be that Los Angeles would need to send Russell Westbrook and his expiring $47.1 million contract to Indiana. Also, at this point, the Lakers are unwilling to include both of their tradable future first round picks in 2027 and 2029 in a trade for Hield and Turner.