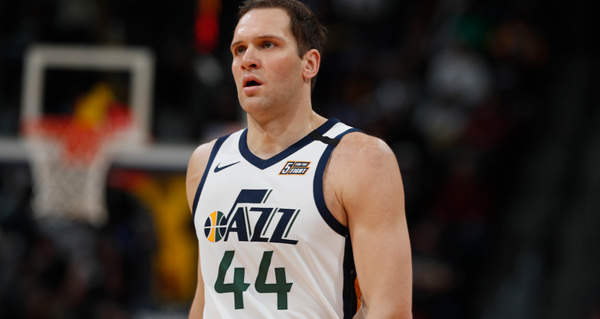 On the latest episode of his "Don't Aggregate This" podcast, Jake Fisher of Yahoo Sports talked the Detroit Pistons. One of the items was the trade possibilities surrounding Bojan Bogdanovic, despite his recent extension with Detroit.

One of the teams mentioned as still having interest in Bogdanovic was the Los Angeles Lakers. LA had talked about a Bogdanovic trade during the offseason, before he was dealt from the Utah Jazz to the Pistons. Fischer also mentioned the Phoenix Suns as a potential suitor for Bogdanovic.

Shortly before the season began, Bogandovic signed a two-year, $39 million extension with the Pistons. The second season of that extension is only partially guaranteed for $2 million, effectively make this a one-year, $22 million extension. Because Bogdanovic got only a slight raise, and extended for only two years, he remains immediately trade-eligible.