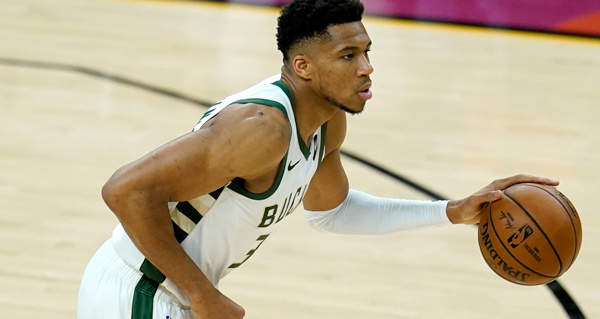 When Clifford Geertz—the Pistol Pete of anthropology—said that “culture is the story we tell ourselves about ourselves,” he was probably talking about the NBA. More than any other sports league, the NBA has embraced the pulp of self-mytholization—the games are episodes in a sprawling never-ending epic. LeBron James isn’t just a player—he’s a hero battling against history and the eroding effects of time itself. It’s not enough that Kevin Durant is a kinda moody guy who happens to be the greatest scorer anybody has ever seen; he has to be infused with pathos and meaning as deep and indelible as the Chesapeake Bay. Log onto Twitter on any given night and witness the bacchanalia of agenda-pushing and pack-smoking. In the NBA, there is no story beyond the narrative.

This year, however, no true narrative has congealed around these Finals, because these Finals have largely been narrative-proof. At the most basic level, potent takes, like babies and yeast, need time to gestate, but none of the principal characters in this year’s Finals have ever been at this level before. More, the teams and players have oscillated wildly between extremes from game to game, at once confirming and refuting any prior notions.

To this point, the series has been hard to properly gauge because its participants have resisted easy lesson-learning or moralizing. From a team-building perspective, neither the Bucks nor Suns provide an actionable blueprint for would-be imitators. There’s no “Suns Model” beyond hoping that a bunch of young guys respond positively to Chris Paul bullying them; it’s not like teams can easily emulate the Bucks’ formula of plucking a malnourished refugee out of the Greek minor leagues and watching him become superhuman. The only real advice this Finals has offered is that you need to be good to win a championship and that it’s a make or miss league. The official slogan of the 2021 NBA Finals Presented by YouTube TV? Them’s the breaks.

Accordingly, Game 4 marked yet another dramatic turning of the worm as the Bucks held serve at home and tied the Finals at two games apop. Despite the Bucks resoundingly thumping the Suns in Game 3, it still seemed somewhat aberrant. The Suns had a stinker and Giannis Antetokounmpo had the most violently effective performance in recent memory—them’s the breaks™. Conversely, the Bucks’ 109-103 Game 4 triumph carried some weight as the dumbest team in Finals history finally wised up.

While the last few months have been full of paeans to Phoenix’s clever marriage of gutsy shotmaking and symphonic pick-and-rolls, this praise obscured the fact that all the Suns’ pull-ups and pretty movement stems not from inspiration, but from necessity. Lacking a defense-warping offensive weapon, the Suns have to manufacture advantages by committee: they expertly lift shooters from the corners to place stress on defenders who are tagging the roller from the weakside; their pick-and-rolls are sprinkled with Iberian flair to keep opponents off-guard. As a result, the Suns’ offense is remarkably waste-free—their intricate system produces good looks, while Booker’s and Paul’s collective comfort wending their way into an elbow jumper establishes a baseline level of not-bad ones.

From Game 4's opening tip, the Bucks dedicated themselves to forcing the Suns to abandon the good and commit to the not-bad. In contrast to the first two games of the series where Budenholzer firmly wedged both thumbs in his eyes as the Suns sliced apart the Bucks’ defense, the Bucks flummoxed the Suns by toeing the fine line between consistency and unpredictability. Broadly, Milwaukee’s defense aimed to keep any potential pick-and-rolls a two-on-two situation so they could avoid the rotations that Phoenix relies on provoking. Although Milwaukee deployed the same drop coverages and switches that they’ve used all series, their ability to toggle between the two ensured they’d be the proactive party rather than the reactive one; the surest way to prevent the Suns from making your rotations hellishly confusing is never having to rotate in the first place.

As such, the Suns’ pipeline of layups and assisted threes ran dry—they manufactured a three or a shot at the rim on 47 percent of their possessions, their lowest mark of the series, according to Cleaning the Glass. On the rare occasion they managed to spring a leak in Milwaukee’s defense, Giannis Antetokounmpo stymied them in ways that will echo throughout history. Deprived of the shots that NBA offenses are engineered to create, the Suns were forced to adopt a unidimensional strategy of Devin Booker and Chris Paul trying their best. To his credit, Booker truly was at his best for the first time in the Finals, notching 42 points on just 28 shots (but, to be fair, the fact that he notched only one assist is a testament to the efficacy of Bucks’ gameplan). Chris Paul, on the other hand, was muzzled and hounded into a 10 point, five turnover disasterclass.

For the Bucks’ offense, Game 4 revealed pathways to success beyond hoping that Antetokounmpo dunks the Suns into oblivion. Namely, Khris Middleton rediscovered his mojo. At his peak, Middleton turns defenders into mere annoyances: the release of his jumper is so high and so quick that any attempt to bother it is immaterial. After drooping through the early stages of the series, Middleton exploded for 40 points, fricasseeing the Suns and equalling Booker’s proficiency from mid-range. Too, Middleton attacked with increased aggression and craft, working his way to eight free throws after attempting only three in the last three games combined. More crucial, he capably served as Milwaukee’s offensive fulcrum during crunch time, icing the game with 14 fourth quarter points.

Even as the series morphs into a best-of-three sprint, it refuses to adhere to the extratextual plot that’s being authored around it--in fact, Game 4 was an explicit repudiation of these inchoate narratives. Budenholzer may have spent the first two games looking and coaching like his breath was stained with Wild Turkey, but he’s now outwitting Chris Paul and Monty Williams. Chris Paul’s would-be coronation instead exposed that he can’t simply use his powerful basketball mind to compensate for his very real physical limitations. Deandre Ayton is alternately invincible and invisible. Giannis Antetokounmpo has transformed from a potential fraud to a court-shifting force. It remains a mystery which team’s offense Jrue Holiday will torpedo in each game.

For now, at least, these Finals have been a welcome reprieve from the exhausting need to process everything that happens on a basketball court within the framework of how you personally feel about everything that’s ever happened on a basketball court. There are still grating whispers of whether a title would secure Chris Paul’s inclusion in the point guard pantheon or whether Giannis Antetokounmpo’s resume could one day rival LeBron’s and Michael Jordan’s, but that’s blessedly muted by the joyous uncertainty of these Finals. To paraphrase a great contemporary poet, let the Suns (and Bucks) illuminate the words that you cannot find—today is where the book begins; the rest is still unwritten.