The Cultural Importance Of Jeremy Lin 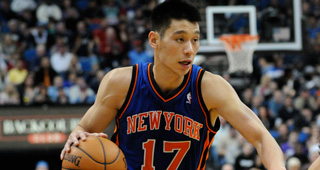 We’ve been f***** over for thousands of years. Everyone has conquered us. Now we’re finding our voice. We’re the fastest growing economy in the world. We are going to buy your companies. Our cricket team is going to f***** abuse you back, and we’re going to win and we’re going to shout in your face after. People love that.

-- An Indian sportswriter to ESPN.com

Earlier this week, Floyd Mayweather Jr., in an incredible bit of trolling, declared the hype surrounding Jeremy Lin was due to his ethnicity. His comments generated a huge media firestorm, as there is a widespread societal taboo around almost any discussions of race.

He was right in one sense. As the son of a Filipino immigrant, I wouldn’t care as much about Lin if he weren’t Asian, and I don’t think there’s any reason to apologize for that.

Lin has energized the New York Knicks in his seven games as a starter, but that’s because they desperately needed a true point guard to run Mike D’Antoni’s system. With Baron Davis still rehabilitating from a herniated disk, they were forced to use Iman Shumpert and Toney Douglas at the point, even though neither player has an assist to turnover ratio of more than 1.4 this season.

The Knicks, with a roster full of players -- Tyson Chandler, Jared Jeffries, Steve Novak, Landry Fields -- more comfortable finishing than creating their own shot, needed someone who could distribute the ball. And while Lin has excelled in that role, point guard is the most replaceable position in the NBA, and there are quite a few who could put up similar statistics if they were allowed to dominate the ball for 35-40 minutes.

Before he made it to the Knicks, Lin was behind Kyle Lowry and Goran Dragic in Houston. Lin has put up bigger statistics than either player this year, but that’s largely because he has a usage rating of 31.8, as compared to Lowry’s 21.9 and Dragic’s 20.5.

Now, with Lin entrenched in New York, almost every team in the NBA has a legitimate starting point guard. Several teams are getting sub-par play from the position, but the Lakers are the only one of them not grooming a lottery pick to take over in the future. There are over two dozen starting caliber point guards in the league; Lin is the only Asian one.

Yao Ming, who could have been an MVP if he had stayed healthy, preceded him in the NBA. However, as a 7’5 center, he didn’t capture the imagination of the average fan. 99% of the world’s population can’t picture themselves as a 6’10 250+ low post player, but everyone relates to the guards, the shortest players on the floor. After all, Gatorade didn’t make any ads saying “I want to be like Kareem”.

Lin is a masculine Asian role model, something lacking in modern American society. There are no big-time Asian football players or movie stars. Even though Jet Li and Jackie Chan were two of the baddest dudes to ever star in movies, their characters didn’t usually get the girl at the end. In the last scene of The Tuxedo, Chan’s character has coffee with Jennifer Love Hewitt’s.

As Wesley Yang pointed out in a brilliant essay for New York Magazine last year, the widespread perception of Asian males as weak and timid is one of the main factors behind the “Bamboo Curtain”, the fact that Asians have trouble rising to positions of leadership in American society. In one telling example, 33% of Silicon Valley software engineers are Asian, yet only 6% of the board members and 10% of the corporate officers of the top 25 Bay Area firms are.

Asians, 5% of America’s population, are over-represented in the Ivy League, where we make up 17% of those school's student bodies. But while executives and business leaders tend to come from prestigious universities, only nine Fortune 500 companies have Asian-American CEOs.

Growing up, my mother wanted me to attend an Ivy League school. She saw a diploma from Harvard or Yale or Columbia as opening doors that her PhD from Catholic University never could. She felt unable to compete in corporate America or academia without a strong brand name behind her, but as it turns out, first generation Asian-Americans are getting Ivy League degrees and encountering the same problems.

Asians are seen as smart and hard-working, but as Yang writes in the article, “becoming a leader requires personal initiative and thinking about how an organization can work differently. It also requires networking, self-promotion and self-assertion. It’s racist to think that any given Asian individual is unlikely to be creative or risk-taking. It’s simple cultural observation to say that a group whose education has historically focused on rote memorization and ‘pumping the iron of math’ is, on aggregate, unlikely to yield many people inclined to challenge authority or break with inherited ways of doing things.”

In basketball, like in life, getting ahead sometimes requires stepping on other people’s toes. Jeremy Lin doesn’t just get buckets, he screams and pounds his chest after he scores. He carries himself confidently, doing goofy handshakes with teammates before the game starts and casually dribbling into buzzer-beating three-pointers.

He’s someone my 5-year-old cousin could dream about being someday, and if he acts like Jeremy Lin as he gets older, he has a better chance at being successful in every facet of his life. That’s why Lin matters, and the fact that Mayweather pointed that out doesn’t make him a bold truth-teller, it just means he has the ability to notice and state fairly obvious things.