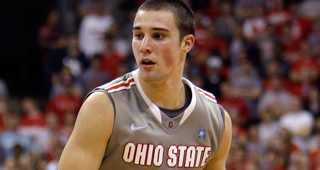 While my preseason projections won’t be available until the end of October, I have cranked out the odds for the holiday tournaments based on my rankings. Today’s column looks at who is likely to win each early season tournament, and what storylines to keep an eye on.

Do not hesitate to print out the tournament brackets and follow along as they happen. It is extremely easy to get busy with the Thanksgiving holidays and miss some of the best games of the season. But if you print out these brackets and fill them in, you won’t miss the upsets. Just click on the handy links throughout this document to find the printable brackets.

I’ve already expressed my doubts about Michigan and my faith in Pittsburgh. But Pitt’s second round opponent will be very dangerous. Both Lehigh (led by NCAA hero CJ McCollum) and Robert Morris (led by super-scorer Velton Jones) have the ability to knock off Pittsburgh. These teams have a real chance to win the Patriot League and Northeast Conference, and this is the type of game that can mean the difference between earning a 15 seed and a 13 seed come March.

OSU’s Jared Cunningham, Alabama’s JaMychal Green, Purdue’s Robbie Hummel, and Villanova’s Maalik Wayns are gone, and those players were not only their team’s leading scorers last season, they were the heart of their respective offenses. Which rebuilding team will forge a new identity first? Because Anthony Grant has become a dominant defensive coach, while Craig Robinson has not, Alabama is the favorite here.

There are some big name conference schools here, but this tournament is a dream for fans of mid-major squads. Murray St. won’t be able to duplicate last year’s 31-2 record, but with superstar point-guard Isaiah Canaan returning, Murray St. should have enough to beat Auburn and St. John’s. In fact, they might even face the College of Charleston in the semifinals. This offseason Charleston added head coach Doug Wojcik, a veteran coach who hasn’t been able to get to the NCAA tournament, but a coach who has consistently built strong defensive teams. If Wojcik can get Charleston to play great defense this season, he has enough returning talent to make a run at an NCAA tournament bid. Andrew Lawrence is clearly Charleston’s best returning offensive player, but the real player to keep an eye on is Adjehi Baru. Baru was ranked 37th in the nation out of high school and is one of the highest ranked recruits to ever attend Charleston. And while Baru was a nice complimentary player as a freshman last season, it will be very interesting to see if he can break out as a sophomore.

Of course the clear favorite here is Baylor. Baylor may have lost some key post players to graduation and the NBA, but they have plenty of incoming talent. This will be our first chance to see the highly acclaimed 7’1” freshman Isaiah Austin in action.

Oklahoma St.’s odds aren’t poor because Oklahoma St. is a bad team. The Cowboys add Top 10 freshman Marcus Smart alongside former Top 10 recruit LeBryan Nash. That one-two punch will make Oklahoma St. a likely NCAA tournament team this year. But the Cowboys have a terrible tournament draw.  First Oklahoma St. has to face Akron. Akron point guard Alex Abreu may be under-sized, but he’s an extremely talented player, and 7 foot center Zeke Marshall could have played for a number of BCS teams. And while the MAC hasn’t had multiple NCAA bids since 1999, Ohio and Akron are strong enough to break that trend.

Meanwhile Tennessee is a heavy favorite to be the second round opponent. Tennessee may have only finished 19-15 last year, but the Vols played substantially better after Jarnell Stokes joined the team mid-season. And with Trae Golden and Jeronne Maymon becoming efficient scorers for head coach Cuonzo Martin, a lot of people have taken notice. Florida head coach Billy Donovan has gone on the record to say that Tennessee is the team to beat in the SEC this season.

And if Oklahoma St. wins that game, they only have to face NC State in the final, the same NC State team that many people have labeled as the ACC favorite. So no, Oklahoma St. isn’t a bad team. But their path to a Puerto Rico tipoff title is brutal.

If you get tired of the sloppy play by all the new players in November, please don’t miss Notre Dame vs St. Joseph’s in the first round of the Coaches vs Cancer tournament. Both teams return all five starters from last season and have plenty of offensive stars. I’m going to keep writing about the shot-blocking CJ Aiken, super-slasher Carl Jones, and the super-efficient Langston Galloway until St. Joe’s gets more love, but this four team field is wide open.

Notre Dame is the favorite, but I do have one question for Irish fans. Given Scott Martin’s middling efficiency numbers in his career, was it a good thing that the NCAA granted him an additional year of eligibility? Martin made just 26% of his threes and 40% of his twos last year, and while injuries may have contributed to that, it is clear he wasn’t an elite player last year.

Despite a host of mid-major schools, this tournament looks very dull. Mercer and Iona might compete for the ASun and MAAC titles this year, but neither looks like a likely at-large bid.

And still Connecticut’s tournament odds are not great. First NCAA tournament sanctions led to a host of transfers this off-season. Then the Huskies lost Jim Calhoun to retirement. And as we’ve seen in recent seasons, UConn has been a different team when Calhoun is out. He’s a special coach who can elevate the level of his players, and he will not easily be replaced.

Steve Alford’s team might actually be a little better on offense this season. The team loses Drew Gordon at the forward position, but New Mexico also loses AJ Hardeman. And as great an offensive player as Gordon was, Hardeman was a black hole on offense. With Alex Kirk returning from injury to provide that shot-blocking presence in the paint, and all the returning talent at the guard spots, New Mexico deserves more preseason praise.

Washington’s Abdul Gaddy has had an injury filled career, but with Tony Wroten leaving early for the draft, this is Gaddy’s team. The senior point-guard will have to integrate some new pieces throughout the Washington lineup. Seton Hall will have a number of new faces as well, including Georgia Tech transfer Brian Oliver and Southern Illinois transfer Gene Teague. Realistically, the winner of this game will probably be headed to the NIT, but a win against Ohio St. would be a fantastic notch on any NCAA resume. While Ohio St. is the clear favorite thanks to the efficient high volume shooter DeShaun Thomas, there are questions about how the Buckeyes offense will run without Jared Sullinger.