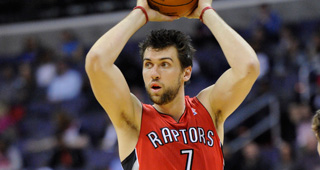 The New York Knicks have agreed to a trade with the Toronto Raptors for Andrea Bargnani.

The Knicks will send Marcus Camby, Steve Novak, a first round pick in 2016 and a second round pick to the Raptors.

The Raptors have attempted to trade Bargnani for several months and several other teams have expressed interest recently.

Bargnani is owed $22.5 million over the next two seasons.