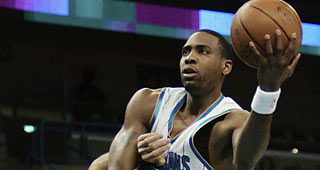 Butler played for the Pacers’ summer league team in July and averaged 6.2 points and three rebounds in 13.8 minutes per game. At 6-foot-7, Butler established himself as a strong outside shooter and positive presence over 10 seasons in the NBA – his most recent coming in 2011-12 with the Toronto Raptors.

Despite the deal being non-guaranteed, Butler is expected to receive a shot to battle for his standing in training camp and preseason.

Butler, 34, also has played with the Miami Heat, New Orleans Pelicans, Los Angeles Clippers and Chicago Bulls over his career, averaging 8.2 points on 35.8 percent three-point shooting and 2.6 rebounds. He was originally the No. 53 pick in the 2002 NBA draft and has worked for opportunities to get back in the league through the D-League and summer league.