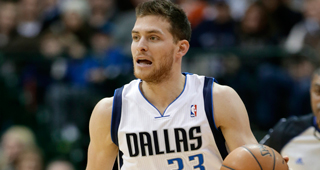 Gal Mekel will sign with the New Orleans Pelicans, according to Roey Gladstone of Israeli Channel 5.

According to Gladstone, the deal will be for two seasons with the first for the remainder of this season, and then a team option for the second year.

Mekel was released by the Dallas Mavericks on the eve of the season to create a roster spot for J.J. Barea.