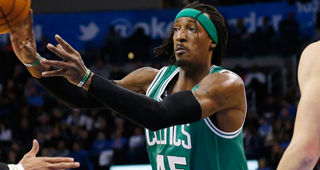 Gerald Wallace became the first player or executive to openly criticize the Brooklyn Nets' trade in 2013 in which three first round picks were deal to the Boston Celtics.

Wallace himself was acquired by the Nets from the Portland Trail Blazers in 2012 for a lottery pick despite hitting free agency that offseason. Less than a season later, Wallace became a salary dump in the Nets' trade with the Celtics.

“It was one of those stories of a get-rich-quick scheme. You either hit it big or you don’t,” Wallace said. “They took a gamble. It backfired.”