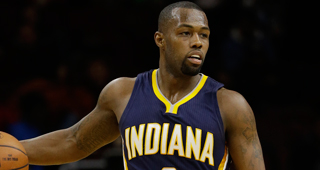 After a productive season on the competing Indiana Pacers, Rodney Stuckey has plans to sign with a contender in free agency, with the Houston Rockets expected to be among interested teams, league sources told RealGM.

Stuckey has a desire to be in a competing situation again next season, but will still prioritize a possible return to Indiana where there is strong mutual interest. Stuckey scored 12.6 points in 26.4 minutes per game last season, flourishing in Frank Vogel’s offensive system and providing stability as a starter or reserve.

Stuckey also averaged 3.5 rebounds and 3.1 assists in his return to a ball-handling role on a playoff threat in the Eastern Conference. The Sacramento Kings are also expected to express a level of interest in Stuckey, scouring for an available combo guard, a source said. Several contending teams could emerge for Stuckey during the free agency process.

Spending seven of his first eight seasons with the Pistons, Stuckey rose into a cornerstone player early in his Detroit career. He averaged 16.6 points, 4.8 assists and 3.9 rebounds in 2009-10, but the franchise fell in the East and left scattered roles within the team.

Stuckey has averages of 13.3 points and 3.8 assists over his NBA career. The 6-foot-5 guard was the Pistons’ 15th overall selection in the 2007 NBA draft out of Eastern Washington.