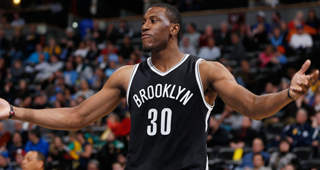 The Los Angeles Clippers have interest in Thaddeus Young.

Young has also been linked to the Toronto Raptors.

Young is in the first season of a four-year, $50 million contract with the Nets.