NBA Unlikely To Expand Before 2025 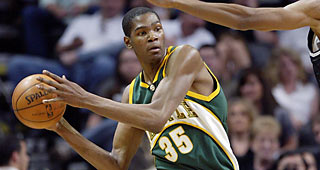 Some prospective ownership groups have been told by NBA officials that expansion may not happen until 2025 at the earliest, according to sources.

The 2025 timeline coincides with when a new television deal can be negotiated.

KeyArena in Seattle is being renovated and is projected for completion in late 2020 or early 2021.

But Seattle may need to have a second new arena with the NBA team as the main tenant if the city wants to outbid other markets to attract a team, multiple ownership sources said.

Beyond expansion, Seattle could be a destination for a team that relocates. The Memphis Grizzlies are the most obvious candidate, but relocating would force Robert Pera to sell his stake in the team.