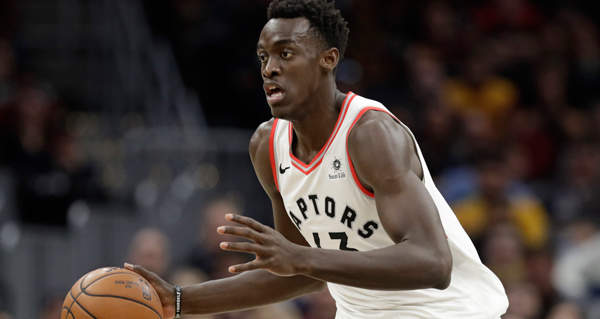 The emergence of Pascal Siakam this season as the probable Most Improved Player and his performance in Game 1 of The Finals triggered a discussion on whether the San Antonio Spurs could have acquired him from the Toronto Raptors for Kawhi Leonard.

The Spurs acquired DeMar DeRozan, Jakob Poeltl and a 2019 first round pick for Leonard and Danny Green.

The Raptors reportedly refused to include Siakam and OG Anunoby in trade talks for Leonard.

"My understanding is they would not trade him," said Tim Bontemps on The Brian Windhorst & The Hoop Collective podcast.

"No, he was not (available). I don't think so either," said Jackie MacMullan.