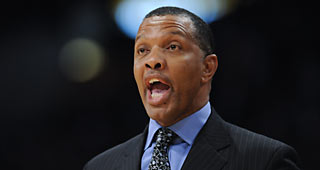 The New Orleans Pelicans have had a disappointing start to the season but a source said their injury issues is seen as a significant reason to give Alvin Gentry cover.

The coaching staff of the Pelicans have concerns about their future, but they will be given a chance to correct the situation.

Gentry is known to be very well thought of by Gayle Benson. Gentry and David Griffin have also worked together previously with the Phoenix Suns.

The Pelicans picked up the 20-21 option on Gentry in mid-June and he's owed more than $5 million for that season.