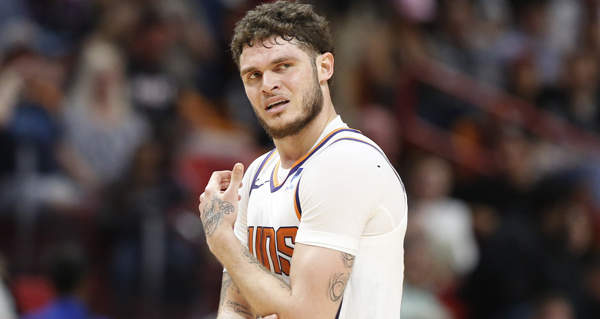 The Houston Rockets have interest in signing Tyler Johnson.

Johnson was waived by the Phoenix Suns in February after the trade deadline.

The Brooklyn Nets signed Johnson to a four-year, $50 million contract in 2016 that was matched by the Miami Heat. The Heat traded Johnson to the Suns in 2019.

The Los Angeles Lakers and Los Angeles Clippers previously had interest in Johnson before eventually making other moves.

Houston would have to release a player to create a roster spot.