Pelicans To Acquire Steven Adams From Thunder For First Round Pick 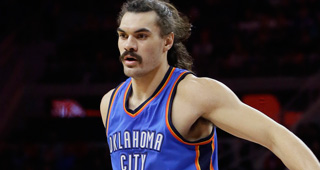 The New Orleans Pelicans and Oklahoma City Thunder are finalizing a trade centered on Steven Adams. The Pelicans will send a 2023 lottery protected first round pick they recently received from the Denver Nuggets to the Thunder, as well as two future second round picks.

Adams is entering the final season of a four-year, $100 million extension with the Thunder in 2016.

Royce Young of ESPN reports that the Pelicans tried to trade for Adams during the 2019 offseason after the Thunder traded away Paul George and Russell Westbrook.