Jazz Not Expected To Trade Rotation Player For Tax Relief 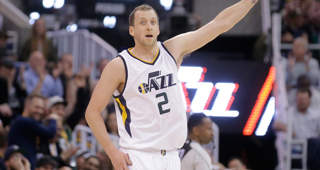 Despite being about $17.2 million over the luxury tax, the Utah Jazz aren't expected to dump salary in the form of a rotation player. Utah already moved Derrick Favors in a trade designed to lessen their tax bill.

With extensions kicking in for both Rudy Gobert and Donovan Mitchell that average between $32 and $41, along with some offseason additions, the Jazz have seen their tax bill escalate. That's sparked speculation that Utah might move on from one of their mid-tier salary players like Bojan Bogdanovic, Joe Ingles or Royce O'Neale. However, sources indicate that the Jazz will not move any players for now.