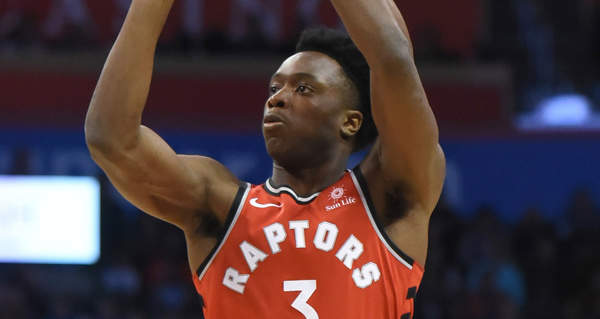 OG Anunoby missed his first game of the 2021-22 season on Thursday night. The Toronto Raptors forward has been diagnosed with a hip pointer that could keep him out for "a while", according to head coach Nick Nurse.

“They just said it’s a hip pointer and according to Alex McKechnie (Raptors vice president of player health and performance), it’ll be a while,” said Nurse.

Anunoby is averaging career-highs nearly across the board for Toronto. He's upped his scoring to 20.1 points per game, while also averaging a career-best 2.7 assists per game.

Toronto is off to a 7-9 start, in part due to missing players from the lineup. The Raptors recently got Pascal Siakam back after he finished rehabbing from offseason shoulder injury.