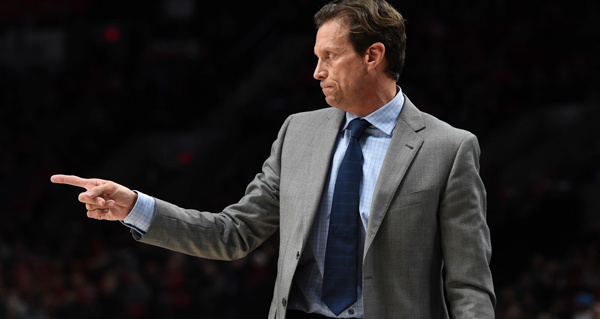 Snyder rebuffed interest from the Utah Jazz on an extension, determined to let the season play out before making any decisions about his future with the franchise.

There's skepticism, however, in coaching circles that Snyder would want to move on from the Jazz and join the Lakers. Snyder has had a considerable amount of control and influence, which he would presumably lose in coaching the Lakers.

Vogel wasn't allowed to choose any of his primary assistant coaches and had to take constant input from Kurt Rambis.

Snyder could even take a season off to recharge, which could setup a situation where he eventually replaces Gregg Popovich as head coach of the San Antonio Spurs.