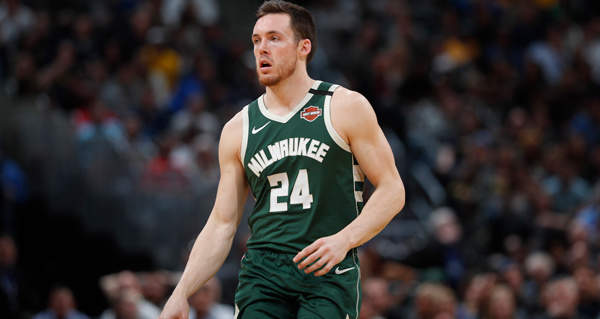 The Milwaukee Bucks announced that Pat Connaughton will be out for approximately three weeks with a strained right calf. Milwaukee is already dealing with Khris Middleton being out, while he recovers from offseason wrist surgery.

Connaughton signed a three-year contract extension with Milwaukee this summer. He's a key depth piece for the Bucks and was in consideration to start while Middleton was out.

Last season, Connaughton averaged a career-high 9.9 points per game. He also shot 39.5% on three-pointers. In the playoffs, Connaughton was a key contributor to Milwaukee after Middleton was injured in the first round against the Chicago Bulls.