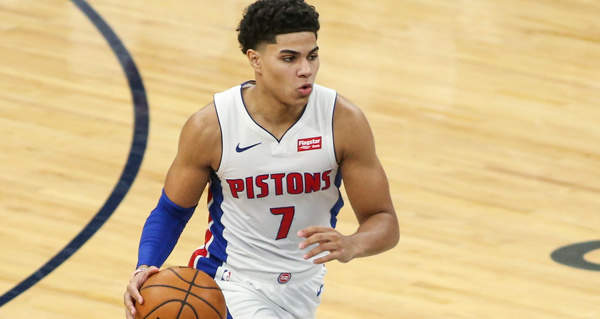 With just over 33 seconds to play in the first half of their Wednesday game, chaos broke out between the Orlando Magic and Detroit Pistons. Following a turnover, Moritz Wagner of Orlando forcefully bumped Killian Hayes of the Pistons into the Detroit bench.

Multiple Pistons confronted Wagner, most noticeably Hamidou Diallo, who shoved Wagner. Hayes got up and appeared to throw a punch at Wagner that connected.

That brought several Magic players into the fray. Video appeared to show several Orlando players leave their bench area during the dustup.

After a lengthy review, the officials ejected Wagner for committing a Flagrant 2 foul and Diallo and Hayes for escalating the confrontation. Pistons coach Dwane Casey questioned after the game why the Magic players who left their bench were also not ejected.

The NBA is expected to hand down multiple fines, and possibly suspensions, after reviewing the incident.