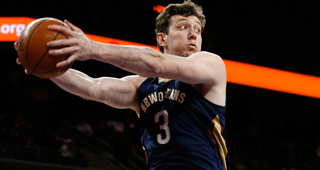 All years/salary figures are for money owed beyond the 2015-2016 season.

Honorable Mention – Kyle Singer (4 years/$19.8 million, last year fully non-guaranteed): Singler isn’t a bad player, but he isn’t good either. This is more about the absurdity of signing a replacement level bench player to a five-year deal. Even if the last year is fully non-guaranteed, having three years remaining at almost $5 million per season is a waste for OKC. Even with the cap jump coming, the Thunder are going to be tight against it. Having an extra $5 million dollars would help. The dollars are so low, it doesn’t fully qualify, but the contract deserves at least a mention.

10. John Henson (4 years/$43.9 million, fully guaranteed): Henson’s extension hasn’t even kicked in yet and it is already one of the worst contracts in the league. He’s making an average of almost $11 million a year and yet he’s only started 44 games in four seasons so far. Henson’s offensive game hasn’t developed at all and he remains limited to dunks and put backs. His best asset is his shot blocking, but for a guy who only plays around 17 MPG, he doesn’t see enough court time to have much of an impact. The only saving grace of this deal is that it declines in value each season.

9. Greg Monroe (2 years/$35 million, last year Player Option): Monroe was the Bucks' big splash in free agency. Miscast as a power forward next to Andre Drummond in Detroit, Monroe was handed the center spot all to himself in Milwaukee. The overall results haven’t been good. This is more an issue of fit than of talent. Monroe is having a good individual year, but he doesn’t fit well with the other pieces in the Bucks frontcourt. His lack of range and inability to protect the rim, means he has to play next to a PF who can both shoot from the outside and offer some rim protection. Being that those players are in short supply around the league, finding an ideal trade partner could be difficult.

8. Terrence Ross (3 years/$31 million, fully guaranteed): Ross is another example of an extension that looks bad before it even starts. Ross was replaced as a starter and the hope was that he would be a high level 6th Man and insurance in case DeMar DeRozan leaves this coming summer. Ross has responded by shooting well, but is having little other impact. He’s a decent defender, but not a very good ball handler or passer. He struggles to create his own offense. For over $10 million a year, the Raptors could have waited and seen how the market developed this summer.

7. Goran Dragic (4 years/$70.2 million, last year Player Option): Dragic has struggled in the first year of his big extension with the Heat. He’s now 29 years old, battling injuries, and has looked more like the backup he was with the Rockets as opposed to the starter with the Suns. Next to Dwyane Wade, he’s had to play off the ball a lot. That doesn’t play to his strengths. Dragic’s numbers are down across the board and his play is looking like that of a player who is closer to the end of his career than his prime. Not a good sign when he’s locked up for an average of $17.5 million for the next four seasons.

6. Kevin Love (4 years/$93.5 million, last year Player Option): As recently as a year ago, Love never would have appeared on a list like this. He was a lock to get a max contract and no one argued that he wasn’t worth it. Love is now averaging the worst PPG and shooting numbers in a healthy season since he became a full time starter. Once seen as a cornerstone that you could build a franchise around, there are mixed reports that the Cavaliers would like to trade him. Making those efforts harder, should they be true, is the over $23 million average per season that Love is owed. For a player whose offensive game has really fallen off and whose defense has never been anything great, Love has gone from a trade target to a trade question mark in a short period of time.

5. Tyson Chandler (3 years/$39 million, fully guaranteed): In his age 33 season, Chandler has fallen off a cliff. His 5.6 PPG are the second lowest in his career. Rebounds have dipped down to around 8 RPG. And his shot blocking is now under 1 BPG. And, most shocking of all, his FG% is now at 48%. For a player whose career average is 58.8% and has regularly been amongst the league leaders, this is a drop off that he seems unlikely to come back from. Chandler has battled injuries throughout the years to his legs, back and feet. Once one of the most athletic players in the league, he no longer has the lift or explosiveness to finish as he once did. His elite level defense has waned as his athleticism has dropped off. The Suns signed Chandler as the first piece to entice other FAs. While the plan was solid at the time, the end result seems to be that they will carry large dollars on their cap for little return in value.

4. Tristan Thompson (4 years/$67.7 million, fully guaranteed): Thompson held out all summer and ultimately forced the Cav’s hands to sign him to a massive deal. That no other team was jumping to sign Thompson to an offer sheet should have been a red flag. Thompson’s profile screams that of a backup big who will bang bodies and do the dirty work, but is limited otherwise. Paying an average of almost $17 million a season for the next 4 years, most teams would shy away. Thompson is now averaging the lowest PPG (7.8) and offering little in terms of rim protection. He seems to be more of a C in today’s game as he will struggle to defend PFs with range. For that amount of money, most teams would prefer to go in another direction.

3. Nikola Pekovic (2 years/$23.7 million, fully guaranteed): Injuries have wrecked Pekovic’s career. A big banger who contributes on the offensive end by hanging around the paint, he offers little else. An average rebounder and not a great defender, the value Pekovic once had is completely gone. He’s now 30, unable to stay healthy, and unable to play more than 15 minutes per night. The Timberwolves have young talent all over the floor and that helps their cap situation. For the next couple of seasons however, they are likely to be saddled with this albatross of a contract.

2. Wilson Chandler (3 years/$36 million, last year Player Option): Chandler was signed to an extension of his existing contract using a seldom used provision in the CBA where teams with available cap space are allowed to use it to sign players to extensions that aren’t generally eligible. The Nuggets also used this tactic for Danilo Gallinari. The Gallinari deal seems like it will pay off as he’s been healthy and productive. Chandler, not so much. He suffered a serious hip injury in the preseason and will miss this entire season. He’ll be 29 the next time he plays in a game. Chandler has never been as good in Denver as he was early in his career in New York. A tweener who can swing between SG, SF and PF, he should have value. But coming off a serious injury at his age, he doesn’t have $12 million a year of average value. Considering his best positions are also the spots where the Nuggets have other viable options they may want to move Chandler, but they are likely to find few teams jumping at the chance.

1. Omer Asik (4 years/$43.7 million, last year $3 million guaranteed): Asik’s deal is an absolute disaster for the Pelicans. He’s been banged up. His play has dropped way off in all aspects. Once seen as a so-so offensive player who can play elite defense, Asik doesn’t even offer that anymore. As the NBA changes to more small ball, Asik doesn’t fit anymore. At age 29, Asik also blocks the center position, where Anthony Davis should see several minutes a game. Normally a deal that averages just over $11 million guaranteed wouldn’t be so bad, but when you add it all up, Asik has the least tradeable contract in the NBA.