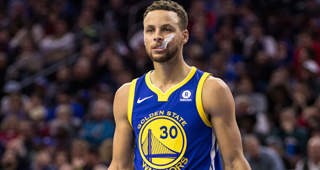 Hating the Golden State Warriors has become popular. It is also natural: they are the best team in the NBA, possibly the best in all of organized global sports, and have been for some time. Save for one weird couple of weeks in June of 2016, a year in which cultural results generally came to us via the looking glass, Silicon Valley’s resident basketball team have been champions and unstoppable winners since Steve Kerr took their head coaching reigns four years ago. With a 2-0 lead over the New Orleans Pelicans in the second round of the Western Conference Playoffs, and with spiritual leader Steph Curry returning to the roster, their run of glory appears to be extremely intact, with indefinite years remaining.

Loving the Warriors, as such, is also quite popular. Greatness is a typically a love/hate affair, especially when regionalism and misplaced ideology—the key drivers of fandom—come into play. As an individual human being subject to these drivers and to many other forces, I fall far beyond the line dividing these two feelings, and deep into the wells of hatred. The Golden State Warriors, a professional basketball team, now do nearly as much every spring to validate my cynicism and fill my chest with unproductive malice as any recent breakup, dissonant conversation with my parents, political or professional disappointment has. They are my least favorite professional sports franchise, and I have to look back more than a decade to think of a team that even comes close.

It wasn’t always this way! In 2013, when Curry scored 54 points at Madison Square Garden? Amidst the Warriors’ third winning season in 20 years? When they were coached by Mark Jackson and precariously reliant on the composure of Harrison Barnes and Jarrett Jack, and on the luggish versatility of an Andrew Bogut, who we didn’t yet know held insane and dangerous political beliefs? That was one of the most lovable teams of my sort-of-adult existence. I am among the many who remember feeling new life as that squad rose from anonymity, but who now feel that all rising NBA talents are so oppressed by their current dominance so to cause feelings of anonymity amongst aspiring, talented, and even well-directed comers. They are a heavy blanket draped over the sun.

The Warriors have become the thing they had to fight against, but they have morphed into it in such spectacularly earth-burning fashion that their arc creates a sentiment that transcends the usual jadedness that all upstarts-become-destroyers inspire. They are a monolith of a brightness that quashes all other postseason light. Their last true challenger was the Oklahoma City Thunder, led by Kevin Durant in the 2016 Western Conference Finals. That team put the Warriors in a 3-1 series hole they barely recovered from, before facing LeBron James and the Cleveland Cavaliers in a weird wormhole that they lost in, but of course their current mission to be so unreasonably good that they erase the recollection of said wormhole is going swimmingly. The Warriors are on a path to render all their past failures immemorable. They are playing basketball so well that it might lobotomize the history of the game.

Kevin Durant is, of course, no longer an enemy to their conquest, but part of it. It is unclear whether LeBron himself is responsible for igniting the dark heart of the organization to such an extent that any semblance of NBA parity is considered a company failure, but in any event, something happened in the Bay that made the notion of failure seem like a disease so cancerous and scary that the concept of competition had to be elided, not faced. “Purity” is a quite illusory concept, in sports as it is anywhere else, but anyone attempting to apply it to the 2017-18 Warriors faces a particularly uphill task. The fusion of Durant, likely one of the twenty best players the sport has ever seen, to an already historically effective team has been a boon to all dispiriting “rich get richer” narratives.

Durant, as the joiner-on, places himself directly in the crosshairs of all who dislike said narratives. He has no meaningful connection to the Mark Jackson Warriors, eschewing the possibility of his own potential homegrown dynasty for the option of joining Curry’s. Between the two of them and Klay Thompson, the Warriors have three of the greatest shooters of all-time, making for an amount of floor spacing that I personally classify as “an abomination.”

It is not so much how effective Durant makes the Warriors that irks so many, though, as it is the way he carries himself as he does so. His astonishingly naked transmutation from darling to heel has made for a rather convenient character to sink all negative Warriors-related feelings into. (To be sure, Draymond Green’s extra-physical behaviors and frequent trash-talking—the latter being perhaps the most admirable output of all things Warriors, to be extra sure—are an easy target, too). KD’s gracelessness as he has transitioned into higher prestige, on the wings of a team that was already there, is among the easiest of all modern sports targets, and he is always making the target even larger.

The saltiness Durant exhibits on social media, in the press, and seemingly everywhere else, suggests an incapacity to exist parallel to the possibility of criticism of him. The self-righteousness he flashes in his self-designed, embarrassingly Millennial war against his haters with 22 Twitter followers makes for a document of modern celebrity that bends the parameters of fandom in previously unseen ways. He is a man who possesses more basketball ability than Michael Jordan and nearly all of his pettiness, too, but who somehow comports himself with the inverse amount of Jordan’s swagger. Defending his new ethos is one of the more complicated obstacle courses of idolatry within my entire sports memory. I tip my hat to those who embrace the challenge, though I have yet to witness anyone do it without simply wearing the black hat too, and relishing in the same bounty that Durant moved to Northern California to sink into.

Lobbing mean words at Durant and his team is what my own basketball love now gets reduced to every year, once the fatalism of their playoff power starts to settle in. At first I fight through the inevitability of their conquest by speculating about which teams—the Pelicans, the Houston Rockets—might beat them; about the various unlikely strategic miracles that might solve the impossible puzzle. Then, when those conjectures fail as the Warriors' proof reasserts itself, I take the shape of a cranky uncle with alarming speed, hurling obscenities at referees from my recliner as I mine through box scores for telling discrepancies, eagerly developing conspiracy outlines shadow-handed by ex-commissioner David Stern. The Warriors, in other words, are aging me more aggressively than any team ever has. They show me the demises of things I didn’t even know that I loved. And I am beginning to believe that they will never end.