How The Feeling Out Process Has Worked For LeBron James 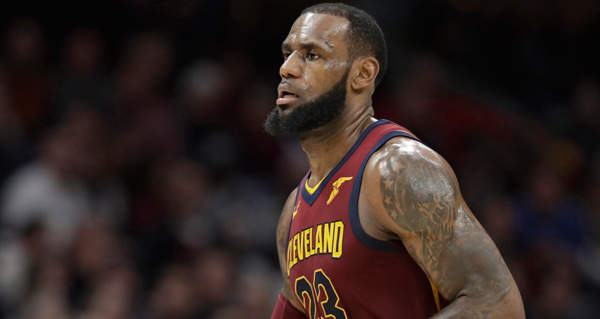 Following a ho-hum performance in Game 1 of the Eastern Conference Finals on Sunday, LeBron James explained why he had “zero level of concern” about losing to the Boston Celtics.

“For me, Game 1 has always been a feel-out game,” said James, who had 15 points, nine assists and seven rebounds in the series-opener.

That turned out to be true as LeBron flirted with a special performance in Game 2 at TD Garden. After taking just 16 shots two days earlier, he exploded for 21 points in the first quarter alone. He finished with a 42-point triple-double in an effort that could have been even more dominant had he not briefly left the game with a neck strain midway through the second quarter.

“He had a great game, he was hitting shots from everywhere,” said Jayson Tatum, who collided with James on the play that resulted in a trip to the locker room. “He’s gonna hit shots, we just tried to do a good job on other guys.”

LeBron has played in 44 postseason series in his career and his teams have faired better overall in Game 2s (32-12) than Game 1s (27-17). His clubs have an identical 24-5 mark in the first two games of a series when they are at home, but on the road James’ teams have been much better after getting acquainted with their opponent.

LeBron’s dominance wasn’t enough for the Cavaliers as they fell into an 0-2 hole against the Celtics on Tuesday, but as he has over the course of his career, he increased his production in the second game of the series.

“You go out and lay everything on the line and at the end of the day, you can live with that,” he said.

The larger variance comes when LeBron begins a series on the road as the Cavaliers did in this year’s Eastern Conference Finals.

James On The Road

The bad news for the Cavaliers is that LeBron has lost five of the nine series in which his team has lost Game 2 (home or road) and Brad Stevens and the Celtics have found a good way to neutral him.

When defended by Marcus Morris, LeBron has just 11 points on 4-for-14 shooting in the first two games of the series. When guarded by any other Boston defender, James is 16-for-28 with 41 points.

Heading into Game 2, history was on LeBron’s side. Now it’s far from it. The Celtics have never lost a series in which they’ve taken a 2-0 lead and LeBron himself hasn’t faced an 0-2 hole in a decade.