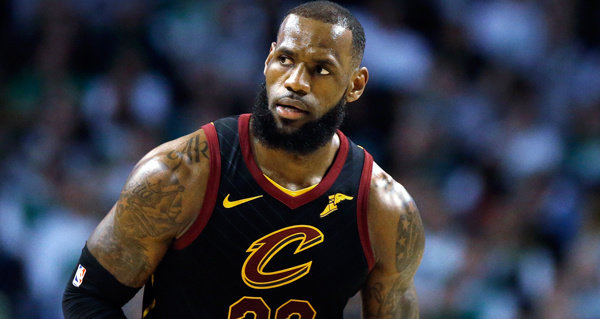 Star players have always called some degree of the shots in the NBA, but there’s a ripple that’s now pushing all players into making career choices on a more individual basis from the impact of the biggest moves in recent years. There isn’t a time this is more evident than in free agency.

When LeBron James chose to return to Cleveland from Miami, it created an entirely new narrative for players to consider during free agency. Aside from the traditional driver of salary, James’ move opened up a new kind of character arc that furthered the personality-driven direction the league is moving in. Guys could suddenly go home again. Better than that, they could go home to deliver a title, becoming heroes and doing more for their legacies than players in the past. If a player was able to come back to a city they’d forsaken, then wrought iron concepts like loyalty could suddenly bend, and new jerseys could rise from the ashes of the old, burnt ones.

Players no longer have to stick it out for a franchise that doesn't cater to their best interests, which flips some of the power from management over to players. Consequence hasn’t completely gone out the window, though, and this was evident when Kevin Durant decided to ditch the Oklahoma City Thunder for the team that dragged them that very year. Durant became a villain in league lore for some by going to Golden State, but all he really did was make the best possible choice for his career, and by doing so he has made it easier for players to follow suit and put themselves first.

The NBA furthered the narrative of putting players first this season with their increased focus on mental health. When DeMar DeRozan and Kevin Love came out with essays outlining their struggles with mental health, the NBPA hired a Director of Mental Health and Wellness in May. Mental health should absolutely be a driver during free agency, with teams highlighting the support they can give players into their offers. DeRozan, who has family concerns and is coming off the best season of his career, could very well decide that for him, returning to Los Angeles makes the most sense for his well-being and therefore his career. As for Love, Cleveland has made it clear they aren’t shopping him, no matter what happens with LeBron. Stability, for Love, could be the deciding factor in where he’ll play next season.

Where free agency allows space for some players to consider, it can also accelerate stalled plots. Players who were set to have career years and instead got sidelined with an injury can use a trade to go back to the proverbial beginning and get another shot at the season they wanted.

After being cleared by the Spurs team doctors toward the end of an already injury-plagued season, Leonard sought a second opinion. Regardless of the rumors, the understanding here has to be that Leonard’s livelihood was on the line, and whatever transpired between him and the Spurs became secondary to his longterm health. It was another example of a player taking hold of their narrative, and an unfortunate example of an imbalance in power dynamics between NBA staff and the athletes they support. While the origin of the stake now firmly lodged between Leonard and the Spurs remains a mystery, the effects appear irreconcilable. As quiet a protagonist as Leonard is, if his decision to leave San Antonio springs from medical mismanagement, then there’s no amount of money they could offer to recapture his trust.

Players asserting themselves is a positive thing, and any rhetoric that says otherwise is as outdated as it is damaging. Work-life balance means more when your life revolves around constant conditioning of the tool you need in which to do your job—your body. And if your job requires that much time spent on honing yourself then it only makes sense players want the best possible team built up around them. LeBron James was unique in this so far, by creating an entire team meant to support him—twice—in Cleveland. But what happens when other players want to follow suit and choose the fit of a team, and the story it might create, over who is simply willing to trade for them?

DeMarcus Cousins never got to actually play many games with Anthony Davis, who was set to have Boogie’s back in a way that had been missing for him in Sacramento. If Cousins stays put with the Pelicans, he could get the chance see what playing with that kind of support does, or he could opt for somewhere like Washington, where he’d play with his old college teammate John Wall, and make the Wizards a contender in the East. And the team that once had DeAndre Jordan as a key supporting role for would-be superstar Blake Griffin has now lost every piece but him. It’s fitting then, that the team most actively after Jordan is the one he burned three years ago when he walked away from a verbal deal. The Mavericks, in this case, are sort of like the scorned lover, proving that patience can still be a worthwhile virtue, even in this acceleration-or-bust iteration of the NBA.

But the biggest question in this free agency is once again LeBron James. If the trend of a player narrative led league is due in large part to James, then his next move will set the tone not just for his current peers, but for the next generation of players entering the NBA. If James goes west, then he is going to use his gravitational orbit to pull other big names with him. Kawhi Leonard, Paul George, Kevin Durant—all have been linked to James’ thus far hypothetical move to the Lakers. And if King James beckons, why wouldn’t you go? If anything, it gives guys a free pass to decide to leave with little fallout. If LeBron James stays in Cleveland, then he underscores an arc of sticking it out that keeps him in the center, with a team scaffolded around him. If he leaves for the second time, there likely aren’t going to be any effigies made of his jersey ablaze in the streets, since he’s already set the expectation that no one needs to stay. Either way, he’s won, because he continues to set the new league standard of player-driven basketball, and it’s not going anywhere.