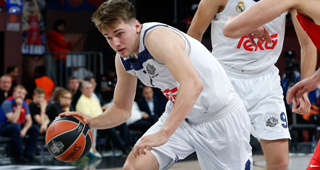 In 1983, The Houston Rockets selected Ralph Sampson first overall in the NBA Draft. The 7’4” University of Virginia alum was perhaps the most heavily recruited NCAA prospect of his generation, and won three National Player of the Year awards as a college Cavalier. His dominance continued with the Rockets, with whom he made the All-Star team in each of his first four seasons, and for whom he paired with Hakeem Olajuwon to reach the 1986 Finals, shocking the world with a five-game defeat of the Los Angeles Lakers—capstoned by Sampson making one of the most inexplicably forgotten buzzer beaters to clinch a championship appearance.

In that shot, one could see much of what was unmissable about Sampson: namely, that he was an unbelievably tall man with shocking agility, aerial capacity, and overall athleticism. He could make any scout salivate, for obvious reasons; then, now, or at any time. But after 1987, Sampson never made the All-Star game again, and his body began to give out. Traded to a Golden State Warriors team he never played a full season for, Sampson was flipped again to the Sacramento Kings, where he rode the bench in 1990 and averaged just 4.2 points per game. By 1992, he was good for only ten games in the season with the Washington Bullets, and then he was out of the league.

Sampson is never listed in the “bust” category. Everyone who saw him play recognized his fleeting greatness, and that he was both blessed and star-crossed with such a rare combination of foreboding physique and ability to contort it to complete complicated, high-speed basketball tasks. His unusual career does underscore, though, just how wide the range of possibilities is when a franchise stakes its future in the draft lottery. For every dozen team-makers and -breakers that go high in the draft, there are at least a few guys who can take you to providence, but in an inconvenient and limited way that ultimately hamstrings you into territory much more purgatorial, much harder and more complicated to leave than the land of bottoming out.

Following their Finals appearance, the Rockets won a single round of the playoffs in 1987, and then lost every series they played in until 1993, falling out of the first round four times and once missing the field entirely. During these stagnant seasons, Olajuwon’s discontent rose, and his relationship with the franchise deteriorated. At their nadir, ownership and Olajuwon were involved in a P.R. battle about the extent of Olajuwon’s injuries that was not unlike Kawhi Leonard’s recent stalemate with the San Antonio Spurs. Eventually, Rockets ownership changed and surrounded Hakeem with the players he needed to lift the team to consecutive titles, and the legacy all remember him for today was forged.

This took a long time and a crappy drag through the torturous middle to happen, though, and for so many reasons it could have never happened, and the Rockets’ lottery windfall of the 80s (Olajuwon and Sampson went No. 1 in consecutive seasons) could have been more a ticket to austerity than to prestige. This, despite them making two obviously correct big decisions that any team would have made both of in their place. It is easy to point at teams who bungle the lottery by shooting the draft’s biggest bullet on the likes of Anthony Bennett, Michael Olowakandi, or Andrea Bargnani. Much harder is holding teams accountable to the ineffable nature of everything; even when you do everything right, you are subject to oblivion.

It is into that void that each of the NBA’s newest players goes—a place where you are forgotten even when you are great. Luka Doncic, in particular, seems to fit into a narrative where he’s expected to re-direct his franchise despite its direction being decided by things way beyond himself, his team, his coaching staff, or anyone else associated with the Dallas Mavericks. Perhaps Doncic, a bulky Slovenian point forward with a lot of vision and wiles who in theory slots perfectly into the contemporary game, will be a generational talent. This could be the case, but the Mavericks could still find themselves dissatisfied as hell, and pressured into making terrible roster decisions that undermine his brilliance. It could go wrong a billion other ways (a conservative estimate) too. Just ask Chris Paul, another Rocket, like Sampson, whose legacy is bound to be diminished because of his fraught relationship with fate.

This is all to say: good luck to Doncic, to DeAndre Ayton, Trae Young, Marvin Bagley Jr., Wendell Carter Jr., Jaren Jackson Jr., Michael Porter Jr., Kevin Knox, and the whole lot of young men about to wage unfair battles against the universe. They are about to be judged for how much of a mark they can etch onto its endless waves of random outcomes. Every year, we draw a shiny red circle around a handful of lottery selections, anointing them as harbingers of the future even though we know better. We act as if we know who the vanguard will be. It’s a lucrative and relatively fun annual tradition, but history has rarely cared about its projections.