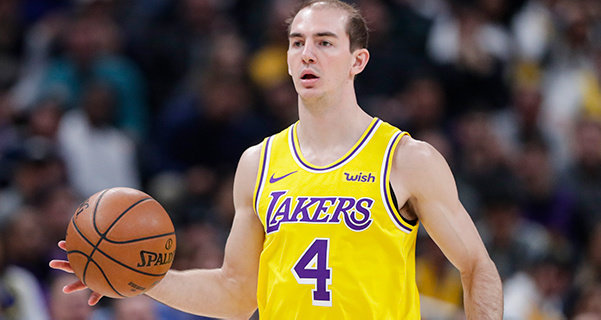 The NBA All-Star Game once had a faint purpose. For the sake of defining once, let’s use 1997. This was before League Pass and well before the omnipresence of social media, when we were viewing the league through what in retrospect resembles a pinhole. Following your local team was easy enough, and Jordan’s Bulls were on national television all the time, but you could credibly consider yourself a general fan of the NBA and have significant blindspots. If you lived in, say, Portland you probably didn’t have a great feel for Glen Rice’s Hornets or Grant Hill’s Pistons. You might have liked those guys—the idea of them, anyway—but they simply weren’t in your life all that much, and there was no way to remedy that. The best you could hope for, if you wanted to understand them better, was the odd basic cable game or NBA on NBC showcase, or a feature in Sports illustrated. Your out-of-market rooting interests were more or less chosen for you by TV execs and editors.

So the All-Star Game was at least an opportunity to watch Glen Rice explore the limits of his ego—he put up 24 shots in that 1997 exhibition— while sharing the court with more established personalities like Karl Malone and Scottie Pippen. It’s possible you watched Rice hoist it with abandon, on a stage he wasn’t often afforded, and then hardly saw or heard about him for another month. You tracked him in the newspaper to make sure he was still chucking for the Hornets, but he became rumor-like. His All-Star Game appearance lent some clarifying color to the box score’s black and white.

Following the NBA in 2020 is completely different. If you like a player in some far-flung market, you can watch every game he plays. He has 20-minute highlight packages on YouTube, videos of his workouts on Instagram. There are takes on takes about him, from big outlets to team blogs to randos on Twitter. If he types something dumb into his phone, you’re aware of it in minutes. You might know where he vacations, which movies he likes. You have a sense of his personality. The utility of this information, how enlightening it actually is, is dubious, but there is certainly an overwhelming surfeit of it. For a dude who has never done anything that matters, on a team that’s any good, there is just a staggering amount of Devin Booker content out there in the world. You could lose a full week of your life scrutinizing James Harden quasi-traveling compilations.

In the midst of all this access, coverage, and chatter, the All-Star Game continues to exist for no real reason. The league doesn’t have dark corners anymore; watching its best players hoop hungoverly on a Sunday afternoon isn’t nearly as enticing as it was two decades ago—when it was only a mild thrill. If the contest went away, we wouldn’t lose anything of consequence.

NBA fans can be a smug and savvy-drunk bunch, but credit where it’s due: they seem to understand this, and they’re trying to enliven the All-Star Game by perverting it. This is to say Alex Caruso and Tacko Fall are, in estimation of the unwashed masses, solidly in the running to start in a tilt that is supposed to feature the very best the league has to offer. Under that rubric, both players qualify, but we’re using an unconventional definition of very best here. Fall is a Bunyonesque oddity who has played 11 total minutes of professional basketball. Caruso is a third-year bench guard with a spectacularly unfortunate hairline. They are friends you keep in your circle primarily because the idea of being friends with them delights you. There is nothing more to it. Fall is currently sixth in fan voting among Eastern Conference frontcourt players. Caruso is eighth among Western Conference guards, right above Devin Booker.

To be clear, neither of these guys are going to qualify for the team, because this sort of thing has happened before. Zaza Pachulia, through some combination of Georgian pride and Americans immediately and gamely latching onto a solid joke, very narrowly missed out on an All-Star spot in 2016. This led to Adam Silver altering the voting rules. Since 2017, the fan vote has counted for 50 percent of the formula that determines All-Star starters, with players and media selections comprising the other half. Unless those two groups also embrace the absurdity of the moment, Fall and Caruso’s candidacies are doomed.

Which is fair enough. They’re not deserving, and it’s not like their presence would actually significantly improve a spectacle that’s mediocre by design. But the mere fact that these goofy twin campaigns to get them into the All-Star Game have taken off is an indication that some sizable portion of NBA fans grasp the meaninglessness of the exercise and are attempting to make it mean something by turning it into a farce. Maybe that is the best thing this dusty institution can be in 2020. Nobody’s happy with that, but not everything can be made to work completely. And if you are as bored as everybody seems to be with the All-Star Game, you’ll take whatever amusement you can get.