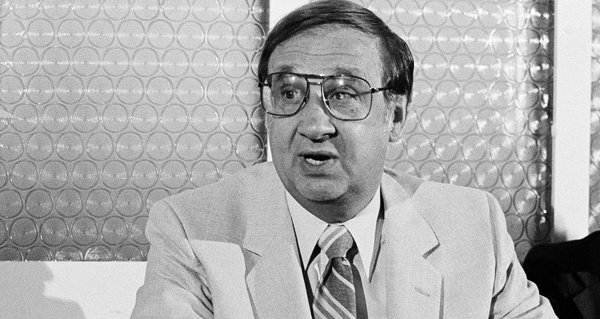 What is commonly known as the Stepien rule does not appear in the NBA’s Collective Bargaining Agreement, but is instead contained in the NBA Constitution and By-Laws, specifically Section 7 of the By-Laws.

That one-sentence rule is incredibly dense so it requires some serious unpacking.

The best way to work through it is to start at the end and move towards the beginning in chunks. The last phrase specifies “future NBA drafts” which means the rule only looks forward. What a team chooses to do and has done with their picks after those drafts have already occurred has zero bearing on the Stepien rule, as we saw when the New Orleans Pelicans traded a series of first round picks without violating the rule since some of those transactions occurred after the draft in question. As soon as a given draft is over, the Stepien rule no longer applies to that year, which not only affects those picks but also any obligations teams had in that draft which limited their ability to trade the following year’s selection. For example, any teams prohibited from moving their 2019 first round picks due to an obligation in 2018 are allowed to trade them as soon as the 2018 draft concludes.

The preceding key phrase is “in any two (2) consecutive future NBA drafts.” This sets the timeline and structure of the rule, so proper analysis looks at any and all two-year periods. A potential violation anywhere qualifies with no differentiator as long as the two drafts in question are in the future.

From there, attention turns to “without first-round picks” which has become one of the more common misconceptions over the years. The Stepien rule contains no distinction between a team’s own first-round picks and any others they may possess at that time.

For example, Cleveland obtained Brooklyn’s unprotected 2018 first rounder in the Kyrie Irving trade and that allowed them to ship their own first to the Lakers at the trade deadline despite having already traded their 2019 first to Atlanta to acquire Kyle Korver a year before. That series of transactions left the Cavs without their own first-round picks two years in a row but they did not run afoul of the Stepien rule because it does not specify which picks a team has to own, just that they have enough to satisfy the requirements.

The single most important word in the Stepien rule comes shortly before that: “may.” It matters most because it frames the entire ending of the rule in an extremely important way. “if the result of such trade or exchange may be to leave the Member without first-round picks in any two (2) consecutive future NBA Drafts” means that any scenario where a team can be without first rounders in two straight drafts violates the rule without any consideration about whether that specific series of events is likely or not.

The NBA has developed a complicated system of pick protection and the entire structure depends on that “may” because general managers have to structure their obligations more deliberately.

For example, the aforementioned 2019 first round pick Cleveland traded to Atlanta for Kyle Korver has top-10 protection for 2019 and 2020. The Stepien rule makes zero distinction for whether that pick is likely to convey in either season due to the Cavs’ roster or season expectations, so Cleveland’s front office had to navigate around it when structuring protection on the pick they sent to the Lakers a year later. Sam Presti of the Thunder has faced challenges due to a heavily-protected pick he sent to Philadelphia for Jerami Grant back in 2016 because it shifts alongside their existing obligation for the 2018 Draft that originated in the Enes Kanter trade. That single word requires front offices to cross their t’s and dot their i’s in truly remarkable ways while also making the system sustainable and resilient.

In total, the Stepien rule prevents NBA teams from making any transaction that could leave them without any first-round picks in any two consecutive future drafts in any scenario for any reason.

Why is it called the Stepien rule?

Ted Stepien purchased the Cleveland Cavaliers in 1980 and started trading first round picks almost immediately when they sent their 1984 first to the expansion team in Dallas on September 16, 1980 for Mike Bratz. A little over a month later, Cleveland shipped their 1983 and 1986 choices to Dallas for Richard Washington and Jerome Whitehead. Bratz, Washington and Whitehead combined for 170 games played as members of the Cavs. In February of that season, Stepien kept it going by sending Cleveland’s 1985 first to Dallas for Geoff Huston, the most successful of those acquisitions but still less valuable than the choice traded for him.

In a span of less than five months, Stepien had shipped away the team’s first round picks in 1983, 1984, 1985 and 1986 and to make matters worse, shortly before he had control of the team they traded their 1982 first to the Lakers which eventually became the No. 1 pick and James Worthy.

In 1981, the league took the bold step of preventing the Cavs from trading future draft picks without league approval. While the NBA stopped that policy at the end of the 81-82 season, the Stepien rule arose from the fear of another owner being similarly reckless with draft picks. Remarkably, Stepien was out as owner before most of those drafts even occurred, selling the team to Gordon Gund in 1983. Even more remarkably, the league gave the Cavs compensatory first-round picks in 1983, 1984, 1985 and 1986, presumably to keep the franchise afloat after the ownership change. Cleveland’s trade partners were allowed to keep their picks as well, with Derek Harper (1983), Sam Perkins (1984), Detlef Schrempf (1985) and Roy Tarpley (1986) eventually becoming the four players taken with the Stepien-traded selections.