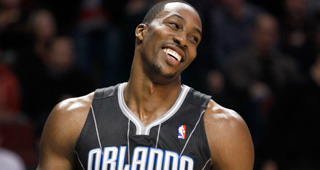 After informing the Magic he would opt-in and delay his free agency on Wednesday, Howard changed his mind before playing the Spurs and looked to be on his way out of Orlando.

Howard confirmed to RealGM on Wednesday evening that he will waive his early termination option and stay in Orlando for at least the 12-13 season.

Howard also realizes the impact that his indecision has caused and wants to make things right in the city that has watched him grow both professionally and personally since he came into the NBA in 2004 as the first overall pick.

To help with the process he sought advice from people he believed had his best interest in mind. All the while, his heart remained in Orlando. While he wanted to keep his options open, Howard's intentions were never to alienate his teammates, coaches or general manager.