Julyan Stone Still In Talks To Honor Deal With Raptors 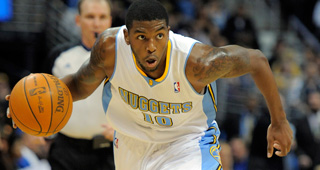 After the initial contract fell through, Julyan Stone is still in discussions for the Toronto Raptors to honor their deal, with three other NBA teams emerging as a serious suitor, a league source told RealGM on Friday.

While a contract hasn’t been signed, Masai Ujiri and Stone’s representatives have maintained dialogue surrounding a potential deal for the free agent. At 6-foot-6, Stone is a tantalizing, natural point guard and has wanted to join a team that will give him opportunity to play significant minutes.

After agreeing to a two-year deal with the Raptors, Stone had suffered a medical setback, but he’s now fully healthy and able to pass any physical exam. The Raptors signed Dwight Buycks and D.J. Augustin behind Kyle Lowry, creating some difficulty in bringing back Stone.