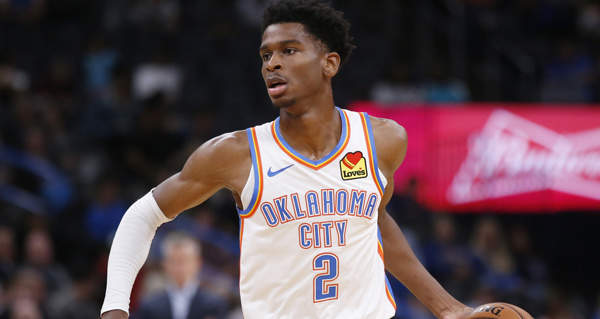 Shai Gilgeous-Alexander knows the Oklahoma City Thunder aren't where they want to be. But the Thunder star has faith that his team is headed in the right direction.

“It’s always easy to trust someone when they haven’t given you a reason not to trust them. It’s always easier to trust someone when they tell you something and it happens. And that’s been my relationship with Sam so far," Gilgeous-Alexander said. "Everything he’s told me has happened, and he’s never lied to me … It’s easy to work — well, it’s crazy that basketball is work — but it’s easier to play basketball and put your all into every day and believe in the future when it’s a guy like that running the show."