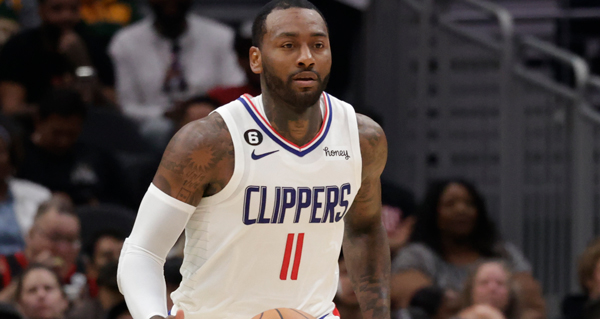 LA Clippers guard John Wall had a happy homecoming to Washington D.C., where he spent the first 10 years of his NBA career. Wall scored 13 points and helped lead the Clippers to a victory over the Washington Wizards.

At one point in the second quarter, Wall scored six consecutive points and proclaimed Washington is "Still my city!" That was just one part of a special night for the veteran point guard, who admitted the return wasn't lost on him.

“Trying to fantasize and be in that moment for a minute,” Wall said. “It was a lot of chills, trying not to cry, hold back a lot of emotions.

“I felt like just being here is still so surreal to me, still don’t feel right, still feel different, but like I said, I enjoyed every part of this game.”

Teammate Marcus Morris said it was one of the best returns he's seen, while Ty Lue said it was nice to see Wall get his flowers from Wizards fans. For his part, Wall isn't counting anything out.