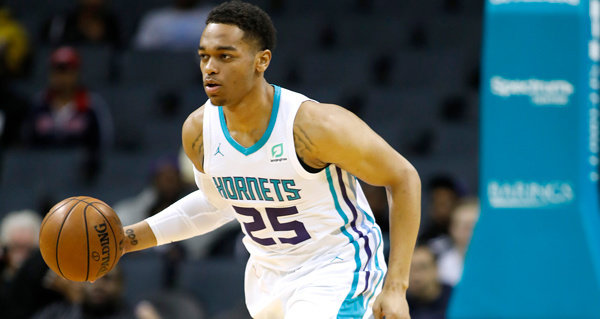 A year ago, the Charlotte Hornets looked to be set at the forward position. A year later, it's a position in flux for Charlotte.

Both of this season's starters, P.J. Washington and Jalen McDaniels, will be free agents this summer. And Miles Bridges remains unsigned after domestic violence charges last summer.

With McDaniels an unrestricted free agent and Bridges' status still up in the air, Charlotte has rising interest in re-signing Washington. The fourth-year forward has started and played in 46 of the Hornets 47 games this season.

Washington has averaged a career-high 15.4 points per game, while maintaining solid shooting percentages. Charlotte can make Washington a restricted free agent this summer, by tendering him a $7.99 million qualifying offer.