Rui Hachimura: I Just Want To Be Somewhere That Wants Me 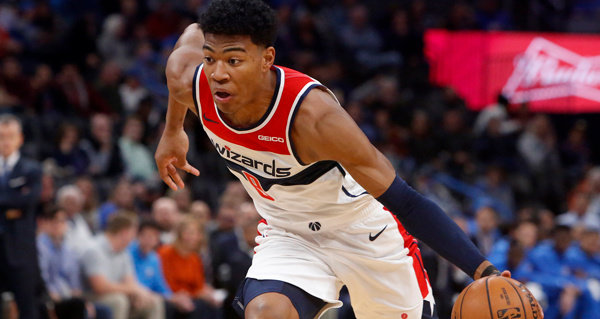 In recent days, it surfaced that that the Washington Wizards are talking trades involving Rui Hachimura. Following Saturday's home win over the Orlando Magic, Hachimura offered his thoughts on his game and the trade rumors.

After tying his career-high with 30 points, Hachimura expressed confidence in his game.

“I just got to play my game. I know what I can do, and I can help the team to win,” Hachimura said. “It’s either here or another team. I can help teams.”

On the rumors, the fourth-year forward said he wants to go somewhere that he'll be appreciated.

Hachimura is eligible for restricted free agency this summer, with the Wizards or with a team that trades for him. When asked if he's asked for a trade, Hachimura didn't want to discuss those specifics and said, "No comment."