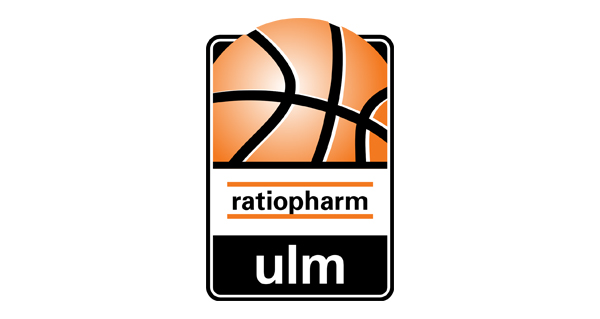 Killian Hayes is quite famous among draft observers. The six-foot-five lead ballhandler first stood out by leading the French National Team to the title of the 2017 U16 European Championship and a second-place finish at the 2018 U17 World Cup, while averaging 22.8 points per 40 minutes on 61.9% true shooting in the first tournament and 23.8 points per 40 minutes on 53.3% effective shooting in the second, both top 10 marks in each event, besides leading the 2017 U16 European Championship in assist rate to boot.

He spent most of his teenage years developing in the youth ranks of French side Cholet and had a decent first full year as a pro in the 18-19 season – averaging 19.7 minutes per game in 34 appearances in the French Jeep Elite, as a secondary shot creator off the bench.

Hayes was probably in line for an increase of opportunity and responsibility in year two but instead made the somewhat surprising decision to transfer to German side Ulm, a mid-table team in the German BBL without a track record of competing against local giants Bayern München, Alba Berlin and Brose Baskets.

It turned out to be an inspired decision. In his one year in Germany, the 18-year-old transitioned to the point full time and developed into a remarkable passer, establishing himself as one of the best shot creators for others in this draft class.

Head-coach Jaka Lakovic, a 42-year-old former pro with years spent playing at the highest level of European basketball with Panathinaikos, Barcelona and Galatasaray, empowered Hayes and constructed a reasonably strong support system around him.

The Lakeland, Florida native averaged 18.7 points per 40 minutes on 59.1% true shooting and assisted on 38.7% of Ulm’s scores in his 818 minutes in the German BBL, the German Cup and the Eurocup, all played prior to the pandemic break, as Hayes opted not to return to the team for the German BBL’s 22-day sprint to the finish in June.

Without him, Ulm surprised. They had gone 10-10 in the domestic league up until the stoppage but made it to the semifinals of the abbreviated tournament, winning six of its eight games, tying one (yes, a tie in basketball) and losing just one. Thanks to that run, Ulm earned a spot in this year’s Eurocup.

On the other end, Hayes had good moments heating up opposing ballhandlers and leveraging his length into enveloping smaller types. But he was also hidden off the ball at times, especially during Isaiah Briscoe’s short stint with the team, and didn’t stand out much as a difference maker in help defense.

He’s ranked ninth on ESPN’s top 100, at the time of writing.

The lefty plays a style of basketball that seems more tailor-made to the NBA than it was to European ball.

He is naturally inclined to speed up the pace of the game, capable of throwing impressive slingshot passes to a teammate sprinting up the court on a fast-break or simply just throwing the ball ahead to get the team into the offense earlier in the shot clock.

Hayes has also shown to be a very smart attacker against scrambling defenses, especially in terms of using cross-screens to lose his man and get into the lane, as early offense tends to be his most capable way of putting pressure on the rim.

Hayes has impressed with his handle manipulating the on-ball defender around ball-screens and showcased quite a bit of versatility for doing so as well, whether it’s playing with pace, making smart use of re-screens, showing a good feel for rejecting picks or igniting hard shifts of direction to split double teams at the point of attack, as well as withstanding the blitz when forced to escape to the side.

He’s also quite advanced in terms of tying up the big man defender to either free up the roll man or discourage the opponent out of trying to guard the pick-and-roll two-on-two.

Hayes has subsequently shown to have remarkable court vision creating for others coming off the pick. He can deliver well-timed pocket passes, toss up lobs on the move, launch passes across the momentum of his body or jump-passes over traffic to the opposite corner, and skip-pass back to a stretch big in the pick-and-pop.

On the flipside, Hayes has proven himself overly aggressive in a number of instances. He does well protecting the ball in traffic and doesn’t often lose his handle, but he is consistently looking to thread the needle and isn’t intimidated by a forest of arms in his way, which he should, at least more often.

He is not particularly quick turning the corner, especially if forced to his right, but can employ hesitation moves and dance with the ball behind the screen to generate a driving lane and threaten the rim on occasion.

Hayes can go up with power off one foot with a head of steam behind him but generally acts as a rim-level finisher in traffic.

There is some versatility to his finishing. There were glimpses of advanced stuff; an exotic wrong foot-wrong hand layup, a reverse, a runner to act as a scoring threat from the in-between area, some savviness using his off-arm to shield the rim protector approaching him, an euro-step to maneuver his way around the crowd and a ball-fake to bait the help defender out of his path.

But the drawbacks are also quite pronounced at this point of his development. He’s most often looking for a basic left-hand finish, rarely showing comfort going to his right hand and rarely leveraging his length into attempting some acrobatic finishes.

As is, Hayes has shown more of an inclination for looking for the pull-up jumper, especially if forced to his right, as he is not often seen attacking that side of the pick.

He’s, curiously, a more capable shooter off the bounce than he is off the catch, at this point of his development. Between his successful ventures at the basket and his jumpers off the bounce in rhythm, Hayes shot 58.8% on 182 two-pointers last season, which is the third-best mark among point guards on ESPN’s top 100 and the seventh-best mark among all perimeter players in the same group.

His footwork looking to create separation coming off the pick is fairly advanced for someone his age, as he’s proven himself capable of taking long-twos and the occasional three-pointer via crossing over into a side-step.

Hayes doesn’t have a particularly impressive first step but can get by favorable matchups going to his left, especially bigger players on switches. His main dribble move to attack is crossing over between his legs going into a first step.

He is not as capable going to his right, though, and is probably not to be confused with a go-go guard any time soon. One-on-one, Hayes is more likely to attempt creating separation to pull-up, having shown the handle and the footwork to get jumpers off via step-backs and hang-dribbles. He is a capable shot maker against favorable matchups but not much more than that yet.

Hayes is a capable open shot shooter with his feet set. But for the most part, there isn’t enough consistency to his release on spot-ups yet, let alone true versatility to act as a threat working off screens or sprinting to the ball for dribble-handoffs.

Hayes sets an odd base and doesn’t point all 10 toes to the rim. He has a low release out in front, pulls the trigger with little confidence and launches what seems like a push shot at times.

On the bright side, he hit 78 of his 89 foul shots and has a track record of shooting free throws about as well with the French National Team in youth competitions, signaling that at least the touch for a reliable catch-and-shoot jumper to be expected to be built upon eventually is certainly in place.

Hayes bends his knees to get down in a stance and shows pleasing engagement defending on the ball.

There are flashes of side-to-side quickness and the leveraging of his six-foot-eight wingspan[1] into enveloping smaller point guards in isolation. He proved himself capable of staying in front of quick guards out in space in European ball, puts in the effort to contest pull-ups when he can force them and has the standing reach to block a shot defending on the ball.

But it’s still up for debate whether that quickness should be expected to translate to the NBA. Especially because Hayes has disappointed in terms of leveraging his well put together 216-pound frame into playing with enough physicality to be able to chest up and contain dribble penetration through contact regularly. He also fouled a lot, with his average of 4.8 personal fouls per 40 minutes standing out as the third-worst mark among perimeter players on ESPN’s top 100

In pick-and-roll, Hayes struggles to get skinny over a ball-screen at the point of attack. He hustles in pursuit to get back into plays in an attempt to release the help back to the roll man in a timely manner but doesn’t make impact plays bothering the ballhandler from behind all that often.

Despite his eight-foot-five standing reach and 216-pound frame, there is no indication he is a good option to pick up bigger players on switches for now, given his general lack of physicality and tenacity.

During Briscoe’s short stint with Ulm, Hayes spent some time off the ball midway through the year.

He stays in a stance more often than not and has shown to be trustworthy executing the scheme, though his true impact is more of a mixed bag.

His effort is as close to unimpeachable as it gets for an 18-year-old, as he’ll often be seen stopping the ball in transition, rotating in to pick up the roll man, stunting-and-recovering swiftly and helping clog driving lanes.

Hayes has impressed with his quickness and his awareness jumping passing lanes, leveraging his six-foot-eight wingspan into coming up with deflections and steals on the regular – averaging 2.3 steals per 40 minutes last season, which is tied for the seventh-best mark on ESPN’s top 100.

But the teenager is prone to making the mistakes often seen from players that age and isn’t the sort of athlete who can make an impact at the rim or hold up well when forced to chase opponents around the floor.

He is prone to get caught ball watching from time-to-time, isn’t quite quick enough to deny handoffs, helps off the strongside corner an unsettling amount, misses the odd assignment switching on the fly, gambles shooting the gap instead of chasing the shooter around the screen and can be hit-and-miss with his balance when able to force the shooter into putting the ball on the floor on hard closeouts.

Hayes hustles to challenge shots at the rim when his rotations take him there but he’s not an explosive enough leaper to act as a regular threat to block shots often – picking up just nine blocks in 33 appearances last season.

He is not averse to joining scrums and putting a body on whoever is close by, at times attempting to boxout with surprising physicality, but didn’t excel at chasing the ball off the rim himself – collecting just 12.2% of opponents’ misses when he was on the floor last season, a somewhat unimpressive mark for a big guard.

[1] Last measured officially at the 2018 NBA Global Camp, according to Eurospects