Looking Back At The NBA Players Strike, What Comes Next? 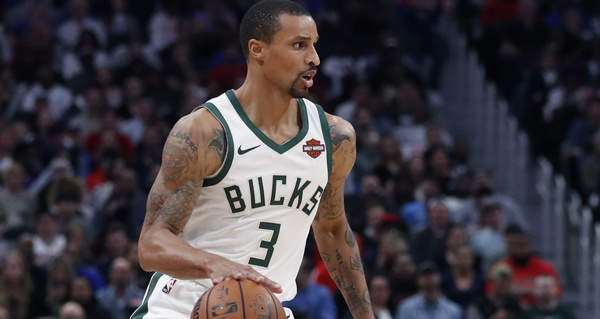 On the afternoon of August 26, as NBA fans were waiting for Game 5 of the first round series between the Milwaukee Bucks and Orlando Magic to tip-off, those anticipating a game were greeted instead by uncertainty and inaction. The Bucks refused to emerge from the locker room, choosing to not play in protest of police brutality towards Black persons -- a stance prompted by the shooting of Jacob Blake who had been shot seven times in his back three days before. The league decided to postpone the day’s other two games, somewhat undercutting the radical nature of this wildcat strike -- erroneously called a boycott by most observers -- by co-opting it, acting as if it was their idea all along rather than a threat to their business.

It led to a uncertain period for the league, with the sudden end of the season appearing to be a distinct possibility. Yet a resolution was quickly reached with the players agreeing to return to play in exchange for the league working to ensure that arenas could be used as voting sites and that other, unspecified initiatives would be enacted. It was not the most satisfactory ending -- it’s hard to be thrilled about a strike whose effects end up being more symbolic than actual, after all -- but the games resumed and, for many, that was what mattered most.

Since then, much has happened in the NBA. Bam Adebayo blocked Jayson Tatum to clinch a game in the Conference Finals, the Denver Nuggets overcame two 3-1 deficits in a row, Anthony Davis hit a buzzer-beating three, James Harden blocked Lu Dort to clinch a Game 7 victory over the Thunder, the Heat made a surprise run to the Finals, and the Lakers won their first title in a decade. Any talk of social justice, even as the players kept trying to return to that topic in post-game interviews and on social media, was drowned out in the din of analysis. With the players back on the court, they themselves again became the center of attention rather than the movement they had aligned with and wanted to advocate for. And now, with the postseason over, the attention of fans and analysts still moves forward, as draft projections and trade rumors inundate Twitter feeds. The news cycle resets and what seemed revelatory now seems like an interesting footnote to all the on-court heroics that came after.

In the moment, it was easy to make bold predictions about what the strike could lead to. With politically minded fans and writers projecting their own desires and ideals onto the striking players, a revolution was foreseen. There was talk about “how significantly the world just shifted,” the “uncharted territory” the league now found itself in, and how sports could never be a mere entertainment product ever again -- talk that may have seemed accurate then, but naive now.

The players’ achievements have since been reduced to “raising awareness.” In the absence of concrete concessions for owners, it’s a necessary argument, one that insists something actual was achieved. Though while these athletes did force neutral observers to confront the reality of police brutality and systemic racism, it’s not an argument I’m very inclined to hear myself. There may have been fans eager to watch the Magic and Bucks or the Thunder and Rockets play that day who were unaware of the killing of George Floyd and the shooting of Jacob Blake, but if there were, I cannot imagine them. Nor can I fathom someone’s heart being softened by the entreaties of NBA players if they had, to that point, remained so calloused as to believe that the killers of Eric Garner, Philando Castle, Floyd and so many others were anything other than murderers. Why would this have been the turning point? Perhaps these people exist, but I cannot claim to know them.

The strike is an example of how the most idealistic, justice-driven moments can be co-opted and neutralized by people in power, who will give up whatever is necessary as long as they don’t have to sacrifice any actual power in the process. The players learned that any agreement made by a large body like the NBA is going to be one that allows the machine to keep running as smoothly as possible. It may look like the players succeeded, but the concessions made by the NBA were simply sacrifices necessary to cut losses and move forward.

The NBA did not put “Black Lives Matter” on the court, allow players to feature “social justice messages” on their jerseys, or establish a fund to create “greater economic empowerment in the Black community” because of a newfound commitment to justice. Rather, it noted the inherent precarity of the social situation and found these to be necessary choices that could retain the goodwill of both its players and politically-minded fans. It is much cheaper to pledge $30 million per year than to risk not having a season, after all.

Now, in the aftermath of the players’ strike, the league has strongly emphasized voting. Between breaks in playoff action, a number of ads encouraging fans to vote were aired and LeBron James has started his own More Than a Vote initiative with the same goal. Also, the focal point of the agreement to return to play was arenas being used as voting sites. Of course, note even that is fully coming to fruition. Milwaukee’s Fiserv Arena will not be used for voting on November 3 out of fear that votes cast there would not count, which feels like a cruel irony since the Bucks were the team to initiate the strike in the first place. But while advocating this is better than nothing, it is also an evasion of the issue at hand lest one forget that Trayvon Martin, Michael Brown, Eric Garner, and Philando Castle were all killed before Donald Trump was elected president -- their killers all evading justice without the help of a Republican in the Oval Office. Following these pleas to vote may help, but it is no panacea.

The question that no one really wants to ask is what happens the next time a Black person is killed by police? What happens the next time an officer’s fear, racist biases, and unquestioned power combine to lead to an unnecessary death? Will the players feel that they already showed their hand and have no moves left to make? Or will they feel newly emboldened by their brief strike, able to ask for greater concessions from the owners? If there is no answer to these questions now, then there is one thing that is tragically sure: it will not be long before they have to be faced for if there is one thing this country is never short on, it is the unwillingness to acknowledge the full humanity of Black persons and the surfeit of injustice that comes with it. Until that changes, the causes that gave rise to this particular strike will always be looming in the background, the possibility of another, more expansive strike haunting the league.

If NBA players are to make further use of their power, they must no longer see the league as a partner in transformation, but as a tool to be manipulated. Despite its posturing, the NBA ultimately cares only about its profits. As James Baldwin writes in The Evidence of Things Not Seen, “authority can only scent danger to itself” and will only make concessions “deemed absolutely necessary for the maintenance of the status quo.” If Baldwin is right, and if the players want to further leverage their power, then they must show that the continued existence of the league itself is contingent on more than supplying a handful of places to vote. It is hard to imagine that happening -- the players have a lot to lose after all -- but if it did, perhaps the rhetoric about how sports will never be the same would then be more accurate.

James Baldwin also writes in that same essay that the gains of the Civil Rights Movement came about not “because the Republic had desired it but because we had willed it.” If the NBA is going to change, it will not be because the league wanted to, but because the players forced its hand.