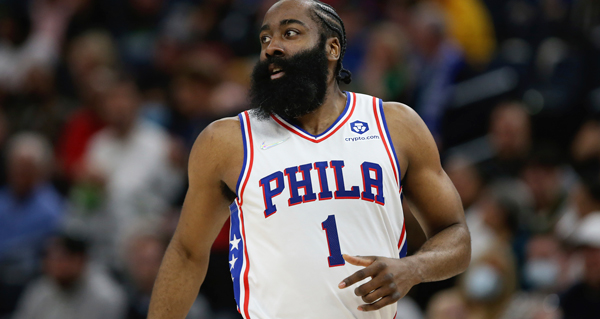 After holding out for the first half of the regular season, Ben Simmons got what he wanted. So did James Harden, whose trade request to go to Philadelphia became public the week of the trade deadline. Their teams acquiesced and flipped the players for each other, casting us into All-Star weekend under the shadow of superstars changing teams yet again. Over the past few years, superstar movement has intensified, and especially in the case of superstars controlling their own movement. You can draw a line from Simmons to other examples from the past few years — Anthony Davis engineering his path to the Los Angeles Lakers in 2019 felt like a flashpoint for ‘player empowerment’ discourse, or Jimmy Butler scorching earth on his way out of Minneapolis in 2018.

“The data shows that superstars moving isn't necessarily a bad thing because it allows bad situations to, in an orderly way, change,” Adam Silver told ESPN. “But shorter contracts to me is something very different and free agents moving at the end of contracts is different than what we just saw where you have players actively seeking to move while they're under contract. The data is clear on that, that's not good for the league."

The idea, right now, is that players have too much power to leave as they like. Everyone’s greatest fear is that their favourite player eventually leaves for Los Angeles. Underpinning this is a sort of panic that players are necessarily going to be bad-faith actors, asking out at the first sign of struggle to the same handful of teams that are historically considered winners. Small-market anxieties, the worry that ‘homegrown’ stars organically developed out of the draft will eventually leave for a destination city, also play into this. You hear the same sports-radio rhetoric about how players want the easiest path to a championship, and that player loyalty these days is non-existent — therefore, it must be instituted. Critics of player empowerment envision the NBA as anarchy every time a superstar asks for a trade, suggesting a state of the league where players just follow the whims of their wanderlust and move freely without consideration for the well-being of their team.

So, I feel like this is important to make clear: Exceedingly rare is the NBA player that gives anything less than an honest effort towards winning. The suggestion alone is sort of insulting, that the elite athlete literally formed through the virtues of competition and hard work is one day destined to grift, but it also glosses over the team-friendly mechanisms that have been baked into the league’s collective bargaining agreement since its inception. Players enter the league through the NBA Draft, a system that strips them of their agency as the starting point for their career. Teams have up to nine years of team control over the players they draft — four years on a rookie contract, and then as many as five more on contract extensions that heavily incentivize players to re-sign. Any progress made towards greater player agency over the past few years comes out of the context that the NBA has historically placed that control in the hands of its teams and their owners.

Before asking out of New Orleans, Davis played seven years with the Pelicans: His four-year rookie contract, and then the first three years of his five-year extension. In that time, the Pelicans paired him with players like Eric Gordon, Jrue Holiday, DeMarcus Cousins and Julius Randle in search of a co-star; Davis reached the playoffs twice in seven years and the second round just once. Those were real, repeated efforts towards winning in New Orleans that we shouldn’t dismiss, and it was only after those failed that he made the reasonable diagnosis that it wasn’t going to work out with this team and its front office.

Conversely, when Giannis Antetokounmpo re-signed with the Milwaukee Bucks — a year before his contract was up, and also before winning his first championship — it was an easier decision because the team was a consistent regular-season winner that then traded for Holiday as an all-in move.

For the most part, players try to win wherever they are. That can be fumbled by the team and different players will have different degrees of patience — Damian Lillard and Bradley Beal, for example, probably exist at the far end of the ride-or-die spectrum — but players try! The solution, really, is for teams to make sure their management class is one that can hang with the competition. Any team that wins has historically made a damn good case to keep their best players, irrespective of market size. Perhaps the league can continue to smooth out market inequities for the sake of competitive balance — I like the idea of a stronger revenue sharing system, or whatever else gets owners to just pay the luxury tax for teams that win games — but that certainly shouldn’t be the players’ burden to bear out. Retaining talent should be a challenge, not a given, because to take players’ stay for granted is always going to be anti-player.

It looks like Zion Williamson is going to be the next major player empowerment talking point, and this one is a little more interesting because you hear from former and current teammates that he really does seem disengaged with his team. Even then, we can note his frosty relationship with lead Pelicans executive David Griffin, with the team’s doctors, or even with the fact that he was drafted to New Orleans without any say in the matter. These are all external factors that matter. I personally think he’s being a bit of a bad teammate, but these things don’t exist in absolutes.

Players — people — aren’t made one and the same. Even after winning a championship in 2019, Kawhi Leonard left the Toronto Raptors in free agency to play with another SoCal native, Paul George, at home in Los Angeles. Fair is fair; the Raptors knew the deal when they took it, and still made the best pitch they could (a literal ring) in the time they had. There are all kinds of reasons that players would want to play in certain cities. Ultimately, agency is a players’ right, the same as it is if I decided tomorrow that I wanted to go live in Hong Kong for a while. (I’ve sort of always wanted to.) If what we really want is for teams to have an ultimate, overriding control over everyone on payroll, then that’s a non-starter. As things are, teams are just as likely — or much more likely, in the case of the rank-and-file — to trade players against their wishes. Sorry to Tyrese Haliburton.

There are reasonable concerns to be had about this era of player empowerment, mostly where it relates to superstars possessing that power at the expense of the general player population, and it certainly shouldn’t be the be-all, end-all of what player empowerment means. Affording players greater control over their careers and lives, however, is never going to be a bad thing. Basketball, as a business product, only goes as far as its workforce — the best basketball players in the world — are going to take it. That being the case, players’ autonomy is already well-deserved. Insofar as it matters, the players are the league; what’s good for the league is going to be what’s good for the players.