Can One Of The Most Deliberate Players In NBA History Adapt To His New Superstar Teammate? 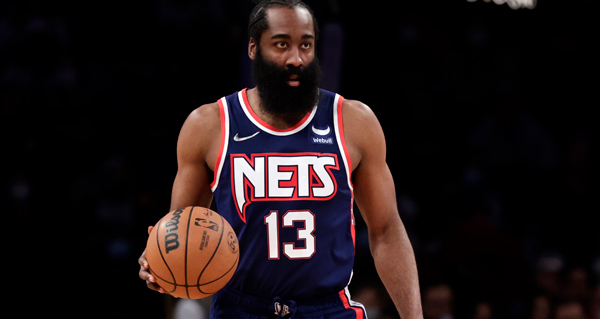 After spending eight years with the Houston Rockets, James Harden is now on his second team in one year after being traded to the Philadelphia 76ers at the deadline. While in Houston, Harden continually refined a specific style of basketball that was brutally effective, if occasionally grating in his resistance to take any shot that did not accord with an actuarial table he seemed to be constantly updating in real time. In spite of how influenced by basic analytic precepts this approach was, it was simultaneously a throwback to earlier eras in its isolationist bent, again making a high-volume scoring guard the absolute center of a team’s ecosystem. But like in the early 2000’s, when such players were ubiquitous, the limits of such an approach have again become evident.

Viewed in a certain light, Harden can fit anywhere. His mere presence has, for a decade, guaranteed that his team will field one of the best offenses in the NBA and be, at the least, a fringe championship contender. It feels strange to denigrate someone capable of doing and being so much, seemingly on his own. However, high as he was able to lift the Rockets, it felt like there was an invisible ceiling he kept ramming his head against, some force of bad fortune keeping him and his teammates from breaking through. The floor rises and rises, though the summit remains out of reach.

When the 76ers traded for James Harden, the team practically replaced Seth Curry with James Harden. Even with Harden appearing diminished this season due to a combination of nagging injuries and apathy, that remains a formidable upgrade. He is still an effective playmaker and creator, someone who needs no help finding his own shot while providing innumerable open looks for teammates. Harden may not be the greatest or most stylish scorer in NBA history, but at his peak, few have ever been more lethal. And now Harden is again paired with a fellow superstar, attempting to prove that these methods can lead to more than regular season dominance.

Considering the list of stars and future Hall-of-Famers Harden has played alongside, one cannot unequivocally call new teammate Joel Embiid the best running mate he has ever had. He has teamed up with Dwight Howard, Chris Paul, Russell Westbrook, Kevin Durant, and Kyrie Irving yet has not made it to the Finals since 2012 when he came off the bench for the Thunder. Much of this is due to bad luck and timing, but it is staggering to think of the various configurations of talent that have failed to find ultimate success with him at the helm. Does Harden’s singular style undercut the abilities of his teammates? Both Harden and Embiid are worlds unto themselves, players who not only dictate the end result of a game, but define the parameters in which it is played. There’s an uncompromising nature to their styles, one that has served them and their teams well, but only up to a point. Will their joining together be what changes that? Or will their singular abilities undercut those of their equally domineering teammate?

The passage of time solidifies things. What once appeared fluid or malleable is proven to be concrete, immovable. And strategies that had previously seemed promising or sure to eventually triumph are revealed to have inherent failings. Eventually, potential vanishes and all that is left is brute fact, a reality that never quite measured up to what had been hoped for. A few years ago, one could have wondered, how could a player as good as Harden not lead a team to a championship? Over the last several seasons, it appears that we have found out.

That knowledge is provisional though. All it would take for these narratives to vanish, for this very column to appear presumptuous and misguided would be for Harden to win a championship. Instead of his previous postseason failings contributing to a tapestry that collectively reveals why his domineering style could never lead a team to the title, they would be recast as necessary obstacles, hurdles that had to be leapt over before he could reach glory. It’s silly and perhaps neither fair nor accurate, yet that is the reality.

With Embiid turning in a season worthy of serious MVP consideration for the second year in a row, Philadelphia may not need Harden to reach the heights his former self scaled so effortlessly. Embiid is dominant enough on his own, that if Harden can merely keep the team afloat when Embiid is on the bench, then that alone may be enough to make the Sixers a very real threat this postseason. If they can combine their talents and create the lethal two-man game they are capable of possessing, then even better. But at this point, it’s all theoretical, and even if fans and analysts can imagine the best case scenario – the ways these two stars could combine and create magic – are the actual players themselves capable of doing so?  He is not a young man anymore. His prime is nearing its end and the chance for him to lead a title team is waning. At this point, expecting a wholesale change in his playing style is misguided. He is a man set in his ways, and in light of the individual success he has found, why wouldn’t he be? The question is then if he can shift enough to accommodate someone other than himself, to allow enough space for a star teammate to thrive alongside him. Can James Harden, one of the most deliberate players in NBA history, be someone different from who he has repeatedly shown himself to be?