The Implausible Love Of Superstar, Executive 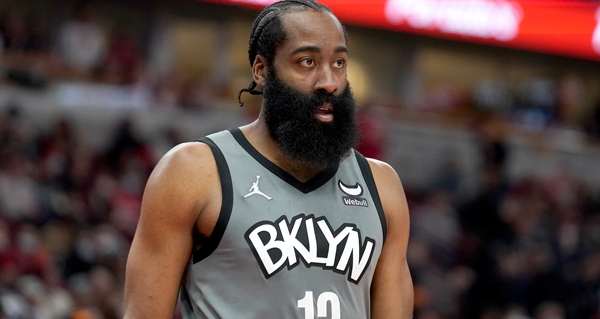 It's implausible that a player and executive could love each other. There should be a fundamental mistrust between them that precludes true friendship. A star player holds immense informal power, in that he might grow dissatisfied with his situation and more or less sulk his way out of town, and the exec has all the formal power: the ability to trade the player away, to include or freeze him out of big roster decisions, to determine who his teammates and coaches are, to float lowball contract offers and screw up draft picks and assemble a squad so dysfunctional that the player's contribution can't save it. This doesn't mean that the parties can't get along, have a beer and talk ball or office politics, but there are hands on six-shooters, always. It's possible my militant laborism clouds my ideas about how people interact with their bosses. Mike Schur has produced three highly successful sitcoms about palling around with your superior, so it's possible I'm out of touch, and not everyone is as hung up on the power dynamics of the worker-manager relationship as I am.

There was buzz, while James Harden was in the corpulent throes of his Rockets career, that he wanted to reunite with Daryl Morey in Philadelphia, and that the only reason this didn't happen was Tilman Fertitta's sore feelings over Morey's recent exit. The theory went that while a Ben Simmons for James Harden swap (give or take a couple Sixers players and picks) was the best deal on the table for the Rockets, they went out of their way to avoid giving Morey the talent he coveted most. You never know what's true, when the access journos are a-tweeting and the rumors are thick as haze, but perhaps, given the available evidence, the Sixers really were number one with a bullet and the Nets were more of an acceptable fallback plan for Harden, who we can parse only through outcomes, body language, and dubiously sourced reports.

If there is something to admire about the Beard beyond the dense craft of his game, it is that he doesn't talk much, doesn't have an agent, and doesn't care about the internet. The man is about strippers and hoops. This also makes his decision-making opaque in the extreme. It's hard to get a straight explanation out of any famous person these days, but when LeBron sells you a myth, you can at least deconstruct his motives, separate out a few parts of his statement that are rooted in truth. Harden doesn't tapdance, doesn't need you to get it. So we mostly don't.

But we do know that he forced Brooklyn's hand, asked by himself or through emissaries to be traded to Philadelphia. Whether that's an abiding desire fulfilled or just something that suddenly became very important to Harden after Kyrie Irving refused to get vaxxed, and Kevin Durant got hurt is a fact we're unlikely to ever confirm. We know he's relieved to be a Sixer. The images from Harden and Morey's reunion didn't have the grammar of the typical happy-to-be-here photo op that follows a big signing or trade. There was familiarity, rekindled joy. The two guys were genuinely pleased to each other, and to be working together again.

Where Harden has been blank and distant over the years, Morey has made himself at times annoyingly legible. It's tempting to try to understand Harden through Morey. Except it doesn't quite work. Many of the pieces written over the past week have mentioned the relationship between the two without offering much more than a timeline of their success plus a few instances where Morey expressed over-the-top admiration for the star who saved his job in Houston. There is no evidence they are particularly sympatico as people. They certainly share a common grasp of the game, favoring efficiency over aesthetics, immovable in their belief that the rules should be worked until they're threadbare as a battle flag. Maybe this is all an athlete and a suit need to seem like great friends. The former does what he does and the latter gives no notes.

It's worth mentioning that when he arrived in Brooklyn, Harden said that he had taken stock of the Rockets' organization after the 2020 playoffs and thought they didn't have much of a chance to win a title. This was before Morey had announced his resignation as Houston's top basketball exec. That's one fact in an otherwise gauzy record of motivations and events. Harden told Morey he wasn't committed to Houston anymore, and that's part of why Morey left. Or Morey sensed that was the case, and figured it was time to quit. Or Harden knew Morey was wavering, and didn't trust whoever was going to take over next to build a winner. There are more plausible permutations than others, but we'll likely never get the definitive history. The only truth that emerges, which is something we already know, is that Harden, both then and now, sees himself as a mercenary at this point in his career. He only wants to win a ring. It doesn't matter where or how, just so long as he gets a solid share of the credit.

And we know Morey's single-minded in his pursuit too. Maybe this is the best way to characterize what scans as love between this player and this executive: it is easy to be romantic when each of you represent the other's best shot. If the reality is less cynical than that, it's not radically so. You can, after all, like your boss. But your work will always define the limits of that affection.